The Story of ÉchoFab: the First MIT Fab Lab in Canada - By : Substance,

The Story of ÉchoFab: the First MIT Fab Lab in Canada 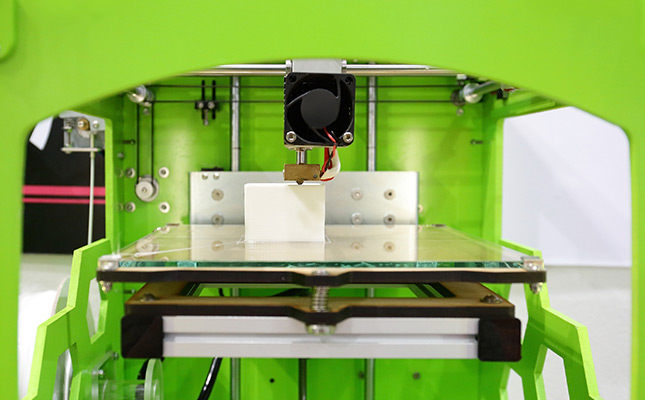 Did you know that échoFab is Canada’s first MIT Fab Lab? It was set up in Montreal in 2011. This article takes a closer look at how Fab Labs allow anyone (or almost anyone) to do anything (or almost anything)!

What if you discovered a machine that could make things out of thin air?

If it sounds like something out of a science fiction show, it is. This machine is the “replicator” featured on Star Trek. But what if we told you that there’s a place where you can make (almost) anything? Would you still think it is pure fantasy?

Well, it’s not. What seemed impossible 20 years ago is possible today. Welcome to the wonderful world of Fab Labs and to échoFab, Canada’s first MIT-accredited Fab Lab!

Fab Labs : How it all started

At the origin of this movement is the world’s first machine tool to be controlled by a computer, not humans. In 1952, Massachusetts Institute of Technology (MIT) researchers connected a computer prototype to a milling machine—and in doing so they created the world’s first computer-controlled machine tool [1]. That’s how it all started. In 1998, MIT professor Neil Gershenfeld put together the course MAS.863 titled How To Make (Almost) Anything. In this course from the reknown MIT Media Lab, professor Gershenfeld wanted to teach students with a strong technical background how to use massive and complex industrial machine tools to manufacture products. Much to his surprise, he soon had a hundred students registered for the course, many of whom didn’t have any technical knowledge. These included artists, architects and designers who were keenly interested in taking the course.

During an interview in 2013 for CNN continuous news channel, professor Gershenfeld explained that “the students answered a question I didn’t asked which is what is this stuff good for? And the answer is not to make what you can buy in a store, but to make what you can’t buy in a store: It’s the personnalized fabrication”. This course quickly gave birth to a second course called How to Make Something That Makes (almost) Anything which helped make the tools and technology found in the Fab Labs today.

In 2001, Professor Gershenfeld became the director of the Center for Bits and Atoms (CBA), which was funded by the National Science Foundation (NSF). This centre aims to blur the boundaries between computer science and physical science. In 2003, the CBA decided to invest in an awareness-building campaign. But instead of describing what they did, the campaign gave to public access to tools and materials so that they could try their hand at creation. The centre put together a kit with “about $50,000 worth of equipment (including a computer-controlled laser, a 3d printer, and large and small computer-controlled milling machines) and $20,000 worth of materials (including components for molding and casting parts and producing electronics)” [1]. The tools were connected to personalized software programs.” [1]. The fabrication lab kits would eventually become known as “Fab Labs” (for “fabrication labs” or “fabulous labs”). These easy-to-use machines made it possible for anyone (or almost anyone) to use them to make anything (or almost anything).

There are even Fab Labs for kids!

In 2013, échoFab moved into Carrefour d’innovation INGO, a centre for innovation in Montreal’s Innovation District. échoFab also partnered with École de technologie supérieure (ÉTS), the university that trains the most professional engineers in Canada 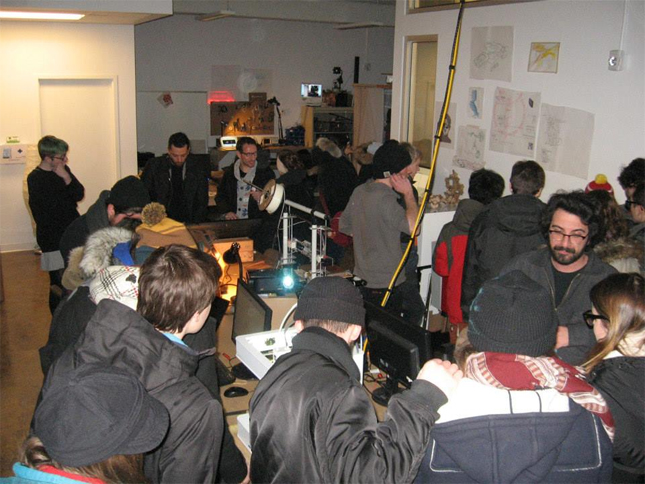 In 2015, two échoFab managers completed the Fab Academy training taught by MIT’s Neil Gershenfeld. The Fab Academy is a global campus that uses Fab Labs as classrooms and libraries as spaces for acquiring a new type of technical knowledge.

The Future of Fab Labs

One day (in the not-so-distant future, according to Neil Gershenfeld), we’ll assemble products one layer of atoms at a time. When that happens, we’ll be able to say that we’ve actually built a replicator. Until then, we urge you to stop in at échoFab and see for yourself that you can make anything (or almost anything)! 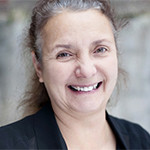 Monique Chartrand is an Adult Educator and Manager, Monique was a social worker from 1978 to 1990 before moving on to various management positions in Ontario and Quebec. In 2002, she joined the senior management team at Communautique and since 2008 she has been working to develop the long-term plan that led to the Mandalab initiative. She is also the Co-Initiator of Fab Labs Québec and échoFab, the first of its kind in Canada

Other articles of interest on this subject 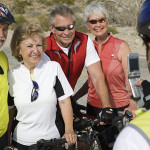 What does the future hold for today’s seniors and the rest of us as we age? Communautique “Matière Grise” project is looking… 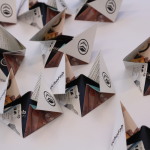 Above all else, fab labs aim to give individuals and communities the skills they need to take control of our collective… 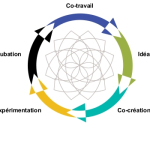 Mediating innovation The need for organizations (public, private or community-run) to innovate is not new. In today’s… 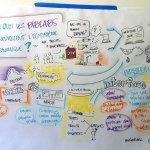 What is Communautique? Communautique is an organization whose mission is to support community engagement by promoting information…