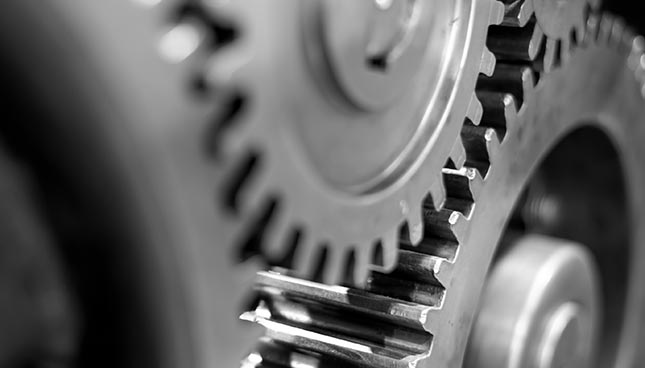 This is one of the articles that was a finalist in the Ingenious Writers Contest organized by SARA and Substance ÉTS. It summarizes an article co-written by Raynald Guilbault, Professor in the Department of Mechanical Engineering at the École de technologie supérieure (ÉTS), entitled: Early Diagnostic of Concurrent Gear Degradation Processes Progressing under Time-Varying Loads.

Gear transmissions are broadly used tools in most automated industries to either manufacture goods (factories) or deliver a service (cars, trains, etc.). Almost every moving machine has a gear transmission that helps in changing the speed and direction of the output kinematics. As such, the accuracy and dependability of the gears is of utmost importance and proper degradation diagnostics are needed in order to accurately predict both performance degradation and failure.

A new innovative approach for adaptive prediction based on time-varying loads has been developed at the École de technologie supérieure (ÉTS). This new approach solves the problems of previous prediction models which could only measure degradation “as is” by comparing a certain variable to its reference threshold for a given damage type. Current prediction methods rely on the assumption that any and all deviation from the expected behaviour is due to degradation – without considering, for example, load variability and frequency. Furthermore, while some work has been done on time-dependent load models, the current method offers the possibility to analyse multiple concurrent damage types with the same monitoring procedure. 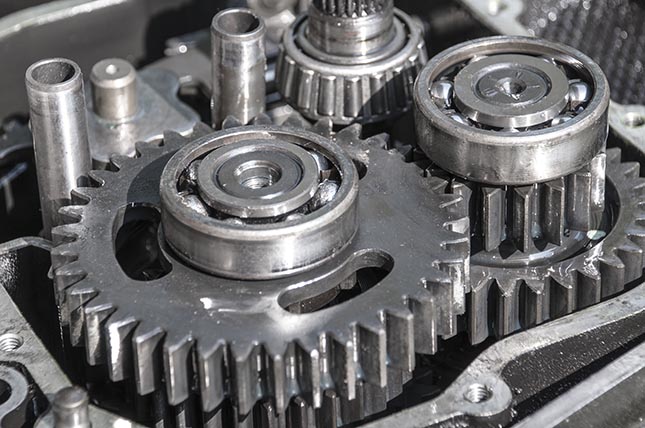 A Gearbox and Clutch cross-section

The proposed dynamic degradation model injects linear elastic fracture mechanics into nonlinear simulations of spur gear set dynamic behaviour. It handles the interactions between transmission movement, lubrication and propagation of multiple tooth fillet cracks (TFC) as well as extended tooth contact (tooth contacts developing before and beyond the theoretical path of contact). Furthermore, surface wear is described as a function of the friction energy and ultimately linked to the roll angles at pitch and contact points.

The proposed monitoring is based on a method where the dynamic response of a system is stored and compared to a reference response signal – usually, but not necessarily, a “healthy” system signal. By subtracting the reference signal from the response signal, the residual vibration signal (RS) – deviation from the reference – can be measured. One of the innovative approaches with this monitoring is that in order to avoid natural time synchronisation problems between both signals, the problem is transferred to the spectral space (Fourier’s transformation space) where both signals’ phases are aligned according to a shared dominant component like the mesh frequency. After subtracting the reference components, the new “spectral” dynamic transition error (DTE) is transformed back to the time domain. 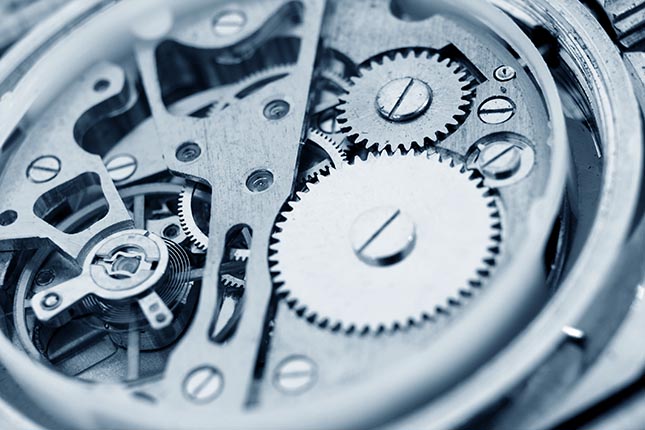 Furthermore, in order to add different damage types, a previous model developed for TFC damage is expanded in order to take into account local energy loss due to other damage sources – like surface wear – as well as load amplitudes. This is achieved by (1) setting a spectrum floor that will prevent any RS negative values and (2) adding a nonlinear load scaling factor to take into account differences in load amplitudes with respect to the reference load. In order to reduce the consequences of the remaining oscillations related to load variations, the monitoring proposes a filtering phase before the degradation evaluation. These filters prove extremely good at progressive damage control. When a tooth fractures, the residual signal shows strong perturbations, but after this episode, the system is able to continue monitoring ongoing wear.

Current simulations on constant, cosinusoidal, linear and random loads shows that this diagnostic strategy provides accurate monitoring of different, opposite and coexisting damage mechanisms prior, during and following failure, and if linked to an integrated surveillance system it could properly detect and follow the system degradation.

Oliverio Velázquez is a PHD student in Mechanical Engineering department at ÉTS. He is an engineer graduated in “ponts et chaussées” (France). His thesis is on the aerodynamic performances of BWB.