Drones as Artistic Tools - By : Substance, 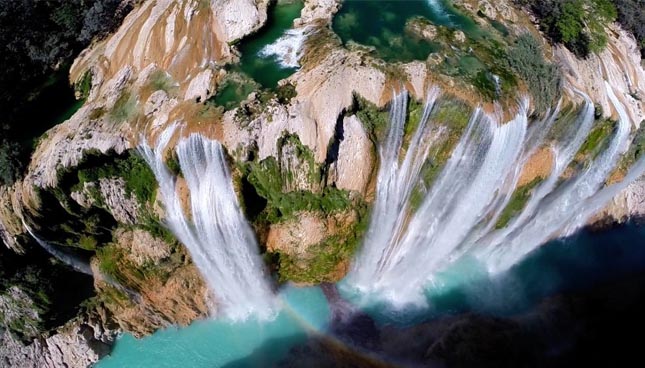 Header image is the Tamul fall in Mexico and was taken by Postandfly. This image and others taken from drones are a courtesy of Dronestagram.

Most people know that drones (or Unmanned Aerial Vehicles also known as UAV) are playing an increasingly significant role in the military field. But did you know that the use of drones in arts is also increasing? UAVs provide a new dimension, a new art production perspective. This article presents a brief overview of the influence of drones, as well as their artistic potential, in the following areas:

Drones make wonderful aerial photos. As proof, the following photos, which came from around the world, and show the great artistic potential drones have in the photographic sector. 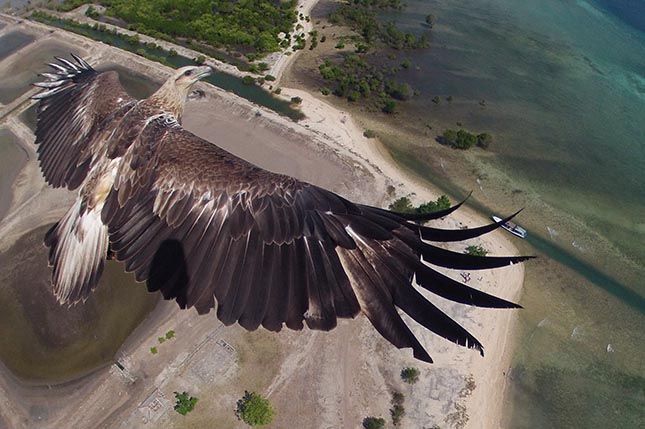 An eagle soaring at Bali Barat National Park in Indonesia, by Capuengaro. 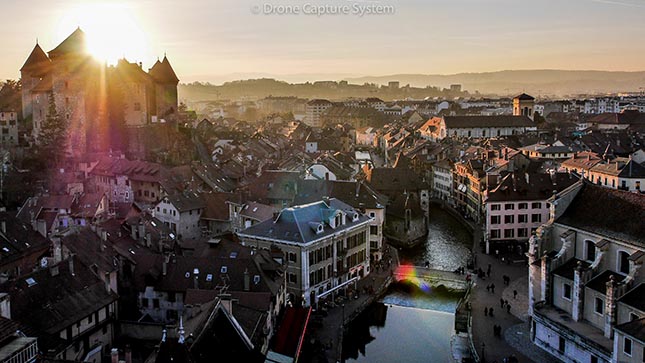 The old town of Annecy in France, by Drone-cs.

A view of the coast in Sanary-sur-Mer in France, by Jams69. 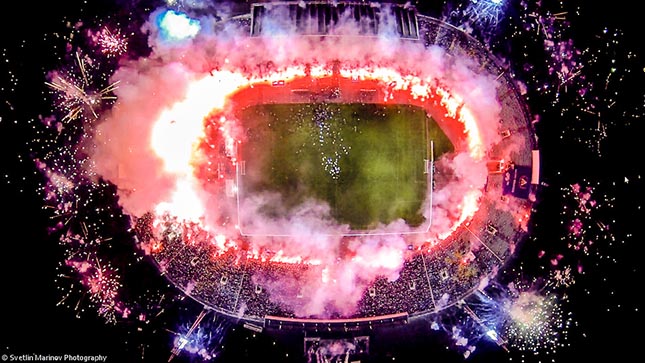 The 100th anniversary of one of the two major soccer teams in Bulgaria, by IceFire.

Drones take great pictures as shown above, but that is nothing compared to videos! The above photo of the Tamul fall in Mexico is magnificent. Now witness the video of that same area…

The Niagara Falls seen from the United States. This video was made by Guillermo, on June 5, 2014.

This video was made within the fireworks, with a DJI Phantom UAV and a GoPro Hero 3 silver camera. No damage occurred to the equipment!

One single drone is interesting, but 49 drones flying around together in a fascinating lightshow is spectacular!

Quadcopters taking the form of pixels, at the Voestalpine Klangwolke, create 3D models in the sky. As a world-premiere, the Ars Electronica Futurelab managed to fly outdoors all theses quadcopters in formation, creating magical scenes in the sky of Linz.

To create perfect images, lighting can be a major issue. Drones can be a “brillant” source of creativity!

A research project at MIT helped provide the desired amount of lighting at the ideal location, thanks to drones.

And some drones were used to light the way for night skiers sliding down ski slopes in Sweden.

A pas de deux with a non-human partner… amazing!

Another dance performance with two drones as part of an MIT project:

A swarm of small drones creating a canvas. Performance from Jakob Sikker Remin at the Re-New Festival, Copenhagen, in 2013.

Drones are just starting to evolve in painting. However, there are also more traditional paintings…

The C-LAB, the creative laboratory of the Cirque du Soleil, in collaboration with ETH Zürich and the VERITY Studio company, decided to give drones a chance to shine on stage ...

Learning how they manage to coordinate 10 drones for this show was very interesting.