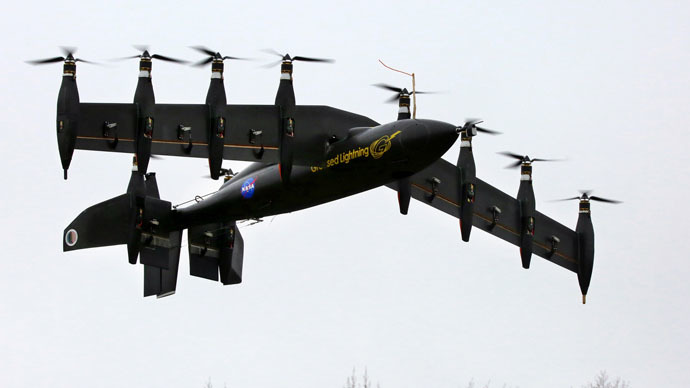 Drone, helicopter or airplane? NASA is testing its new ten-engine electric plane who takes off and lands like a helicopter and flies like an airplane. The NASA’s team presented the prototype at the Association for Unmanned Vehicles Systems International 2015 conference that was taking place in Atlanta this week (4-8 May 2015). 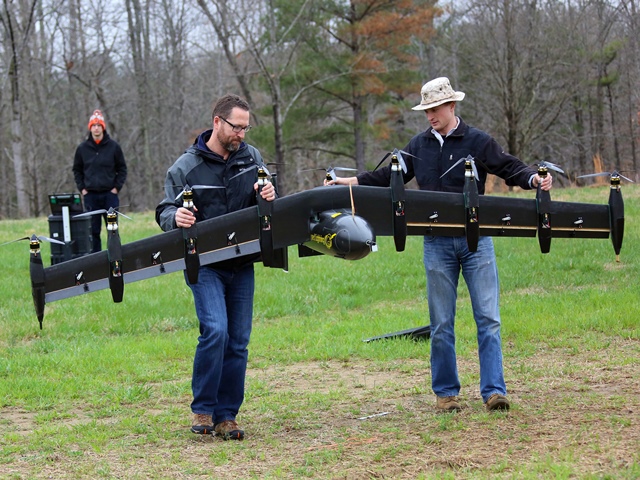 Engineers David North (L) and Bill Fredericks (R) carry the Greased Lightning before one of its flight tests.

The flight test in the above video.

Why this project? The Goal of this project is to confirm that this concept is four times more aerodynamically efficient in cruise than an helicopter and to reduce the technical barriers associated with integrating UAVs into the skies. 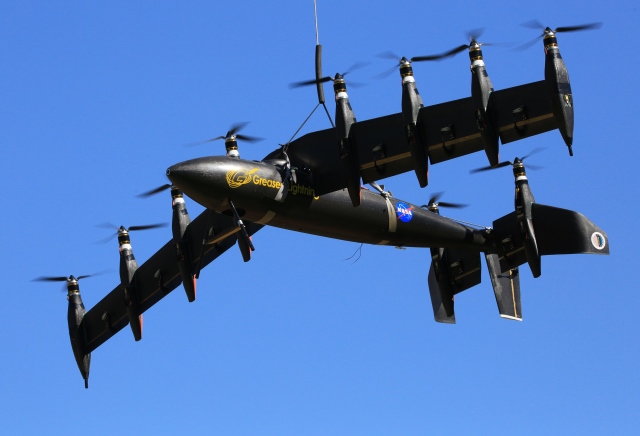