Camille Jourdan Author profile
Camille Jourdan holds a bachelor's degree in construction engineering from ÉTS and a Master in hydrology, risk and environment from the University of Montpellier, France. He was involved in an elementary school project in Bangladesh.
Program : Construction Engineering 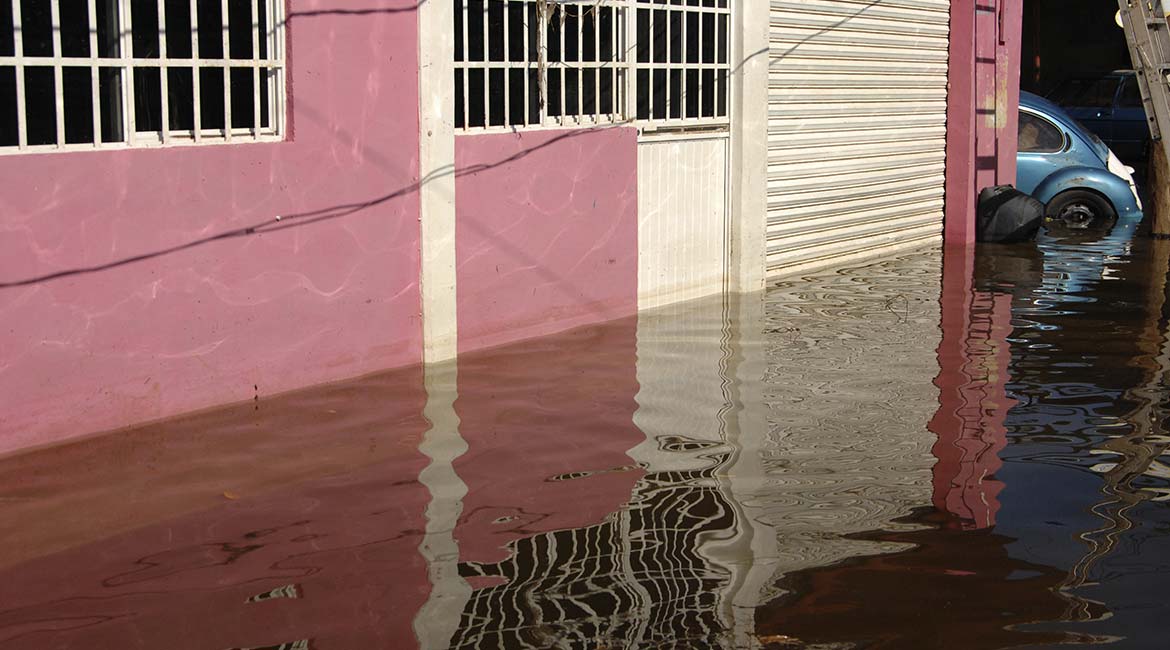 End of Studies Internship in Mexico

This article presents an overview of our internship in Mexico during the 2015 summer term, the final term in our bachelor’s degree in construction engineering. If you are passionate about research in hydrology and are looking for new experiences abroad, this type of project may interest you.

This research internship was part of the international collaboration between Professors Annie Poulin and Mathias Glaus of the ÉTS – the DRAME (Développement et recherche appliquée en modélisation du cycle de l’eau) and the STEPPE (Station expérimentale des procédés pilotes en environnement) research groups – with Dr. Rabidranath Roméro Lopez and his team from the civil engineering department of the Universidad Veracruzana in Xalapa Campus (Capital of Veracruz State, Mexico). Specifically, we collaborated with Juan Carlos Ramírez Muñoz, a doctoral student being supervised by Professor Rabindranarth Romero Lopez. Both supervised our work at the host university, while Professor Annie Poulin acted as supervisor representing our home university. 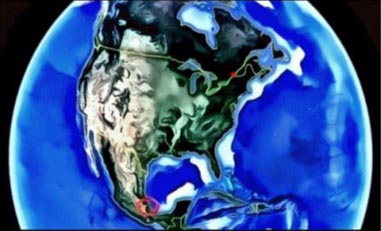 This was a great opportunity for us to participate in research activities in an environment very different from that of Quebec. Watershed and climate characteristics are different in many ways. Major Floods are due to hurricanes and cyclones while snow melting has a major role in the Province of Quebec hydrological cycle.   The ultimate goal of this project was to develop hydrological analysis tools for the prevention of floods caused by extreme weather events characteristic of the Veracruz region. Torrential rainfalls are directly related with flooding and mudslides in the coastal and mountain areas of Veracruz.

The Veracruz region and its surrounding areas are subject to extreme weather events during the wet season or “temporada de lluvias”, which statistically happens between the months of June and November, when cyclonic activity affects the sector located near the Gulf of Mexico. Extreme events cause major floods that affect the population (loss of human life, significant material damage, and agricultural losses) as well as the region’s infrastructure. The social and economic costs of these events are high and it is essential for the authorities and local decision makers to develop tools that will help reduce the vulnerability of the communities to flooding.

The objective of our work was to issue the first recommendations that will guide future research in the development of a hydrological model based on neural network analysis (NNA). The future resulting NNA tools should help anticipate the risk of flooding and minimize the resulting extensive damage (human, material, economic) associated with these phenomena in the State of Veracruz and surrounding areas.  The work includes an analysis of available data on the physical and hydro-climatic aspects of the study areas. Understanding the hydrometeorological functioning of the watersheds under study is essential for the development of a reliable hydrological model. This paper presents an excerpt of the analyses that were conducted and their results.

Characteristics of the Study Area

The research included studies on meteorological, geographical, hydrological, and physical data of certain catchments in the region of Veracruz. The climate is greatly influenced by the physical characteristics, with the effect of landforms having a significant impact on the amount of precipitation received annually and its spacialisation. Among the watersheds studied were Antigua, Jamapa, Actopan, Nautla, and Tecolutla. Existing databases on these catchments helped to establish the hydrometeorological characteristics of the study area and to undertake a classification of hydrological behavior and weather events. An initial analysis helped identify some characteristics of the data at our disposal:

Database Analysis of the Studied Watersheds:

The analytical steps required the development of large data set processing tools to extract useful information from all the databases and create a summary sheet on each catchment. Data processing steps were carried out using the following programs:

Once the raw data were analyzed and corrected, the resulting database allowed the verification of some relationships, such as the relationship between flow volumes and precipitation volumes of the watersheds under study. All results showed a solid correlation between rain/flow variables and helped validate the consistency of the final database. Figure 2 shows total flow, runoff flow, and precipitation on the Nautla catchment, from 1964 to 1967, where the data recording was done in daily time steps. It can be noted that most days with high levels of precipitation generated significant total flow and runoff.

As for the monthly precipitation volume and the monthly total flow volume, it was possible to establish a relationship between these two variables. Figure 3 illustrates this relationship for the wet season, from June to November inclusively.

This relationship is justified by the values of determination coefficients obtained for each month during that period. For the months that were studied, the determination coefficients were generally high, ranging from 0.6 to 0.89. We observe that the R2 increases between June and August, which is correlated with the increasing soil saturation. A drop of the R2 is observed in September and can be explained by a small period drought period generally observed between mid-July and mid-August.

Other results from this study will be presented soon in another article: Classification of Microsheds to Prevent Flooding in Mexico.

Camille Jourdan holds a bachelor's degree in construction engineering from ÉTS and a Master in hydrology, risk and environment from the University of Montpellier, France. He was involved in an elementary school project in Bangladesh.

Simon-Olivier Harel holds a bachelor's degree in construction engineering from ÉTS and is completing a bachelor’s degree in information technology. He was awarded the Forces Avenir prize in the Mutual aid, peace and justice category.

Juan Carlos Ramírez Muñoz holds a Master’s in civil engineering from the Universidad Nacional Autónoma de México. He has been working in water resources, construction, planning and investigation.