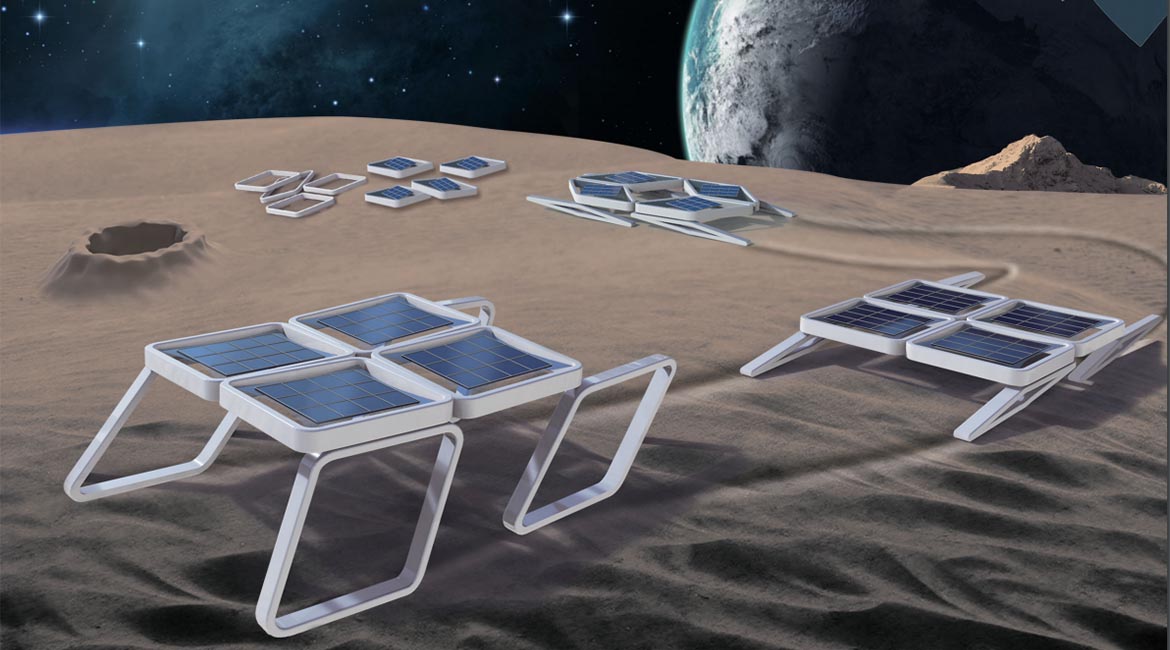 Robotics is one field where there is a high concentration of the most efficient technologies. Recently, researchers from the Seoul National University and Sungkyunkwan University built the first robot made of flexible materials, whose deployable structure allows it to move without any motors or mechanical components.

The robot moves when electric current flows through a wire made of shape-memory alloy embedded in its frame: the current heats the wires, causing the robot’s flexible segments to contract and bend. The current is sent sequentially to different segments of the robot in different ways, resulting in several types of walking movements.

The robot structure called DeployBot includes eight modules (Figure 1): four for the legs and four for the back. When folded, the modules are flat. Once deployed, they take the form of a square. The modules are made of rigid and flexible materials and contain magnets that connect and hold them together. Shape memory alloy passing through the frame of each module controls deployment and folding, creating the desired movement. 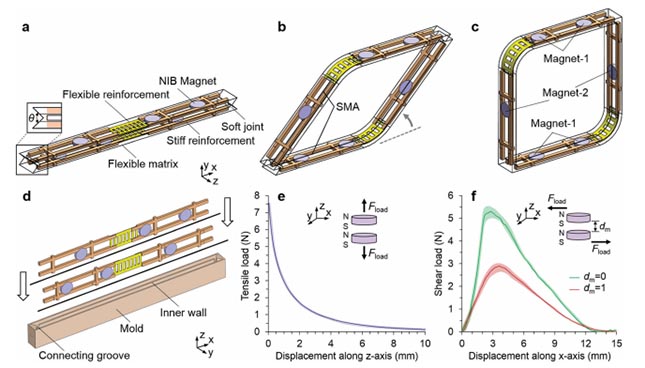 The main feature of this technology is its reliability in any environment due to the absence of mechanical systems, which are generally sensitive to water. Researchers feel that DeployBot could be easily used to study the seabed. Its low production cost and simple design make it a perfect tool for extreme environments such as space missions.

Currently, the robot can reach speeds of over 2 meters per hour. It can also rotate, but at a very slow pace, requiring 21 steps for a 90-degree turn. Although the robot is slow, it could still be used as a tool for missions that do not require high speeds.

In the future, researchers expect that DeployBot technology could also be used to create modules of different shapes providing a greater variety of robots and functions (Figure 2). The researchers also pointed out that methods other than electric currents could be studied, such as pneumatic actuators, magnetic fields or optical forces. They also suggest that the approach presented in this study could be used to produce nanometric structures, which would open up a whole new range of applications. 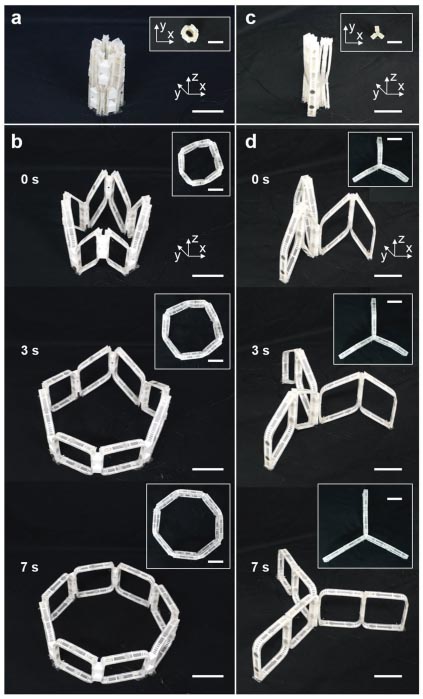 Figure 2 Other forms from DeployBot