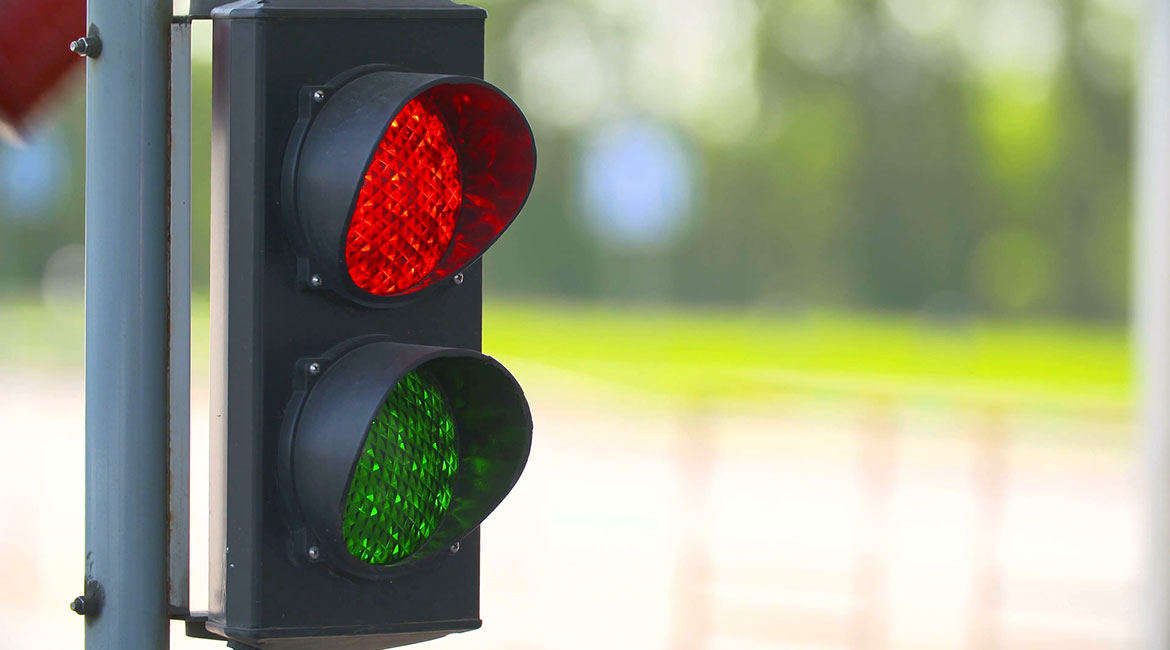 The header image is from Pixabay.com, source. Public Domain.

Stops at traffic lights often cause congestion, increasing energy consumption and CO2 emissions. Automakers have equipped vehicles with start-stop buttons to make them less polluting when drivers stop at an intersection, however, this solution solves only part of the problem. As part of the National Infrastructure Commission (CNI), the UK government is currently overseeing the implementation of a traffic control system that will limit vehicle stoppages and congestion. Congestion generates costs of more than £1,000 per year for the average driver, according to a traffic study conducted by Inrix.

Several companies have started testing driverless vehicles. This new mode of travel will soon become more popular. In January 2018, CNI, Highways England, and Innovate UK launched a competition called Roads for the Future to create new infrastructure for autonomous vehicles. They received 81 applications and selected projects from the following companies: AECOM, Arup, City Science, Immense Solutions and Leeds City Council. Each team will receive up to £30,000 to develop their concept. The projects started on May 25th and must be completed by August 24, 2018. The winning concept will be announced in September.

Among the five shortlisted applications, one idea will help increase vehicle flow, with or without drivers. It is a technology that can communicate with any vehicle equipped with the V2X wireless communication system. The system allows the car to receive information for optimized driving. There are two types of V2X:

V2I language that allows the vehicle to communicate with road infrastructure

Leading the project are Heather Hawkins and Katy Thorpe, members of the AECOM transportation team.

AECOM will test a simulation model on route A59 in York. The project will deploy the V2I communication system in real-life conditions and microsimulations will represent several scenarios. By simulating detailed road network geometry along the traffic corridor and the devices that control traffic on the A59, including traffic lights, the model will be able to approximate observed vehicle and driver behaviors. The study will reveal the system’s conditions for efficiency.

AECOM’s proposed solution takes advantage of the fact that several cars are already equipped with the technologies, and that traffic lights can be fitted with the V2I system in the short term. According to Hawkins, their solution is affordable, flexible and efficient. It can now optimize the driving experience for motorists during the implementation of Advanced Driver Assistance Systems (ADAS) and the emergence of more advanced autonomous car technologies.