Dealing with a closed book? Not a problem anymore. - By : Alpa J Shah,

Dealing with a closed book? Not a problem anymore. 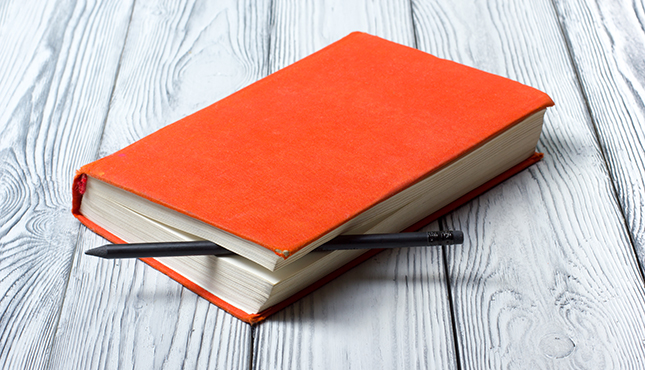 Researchers from MIT have developed a technology, based on a camera using terahertz radiation, which would scan a stack of up to nine pages. There will be no time wasted in scaling that number to an entire book or even a stack of books!

MIT Researcher, Barmak Heshmat was intrigued by a study, conducted ten years ago, which used terahertz waves to look through a closed envelope. Curious to exploit the application potential of these waves, he designed this project by considering the time resolution of the terahertz spectrometer for looking deeper into multiple pages. Four key elements were identified: radiation, time-resolution, spectral information of different inks and a character recognition algorithm.

Terahertz radiations (THz), also known as “tremendously high frequencies”, are electromagnetic waves lying somewhere between microwaves and infrared light. Since different chemicals absorb different THz frequencies, it is possible to differentiate between ink and paper. Using the time element, there is a potential for differentiating between the pages as the pages on top would be detected before the pages below. Moreover, the depth of the pages will also affect the strength at which the ink is detected. All this information consolidated into a dataset fit to analyze for the actual “reading” part.

This “reading” part involved three main algorithms: a Probabilistic Pulse Extraction (PPEX) algorithm, the k-means algorithm and the Convex Cardinal Shape Composition (CCSC) algorithm (Aghasi, Alireza, and Justin Romberg. “Convex cardinal shape composition.”SIAM Journal on Imaging Sciences 8.4 (2015): 2887-2950.). PPEX was designed specifically for this purpose since the authors needed to analyze the THz radiation emitted, upon hitting the sensor. The analysis involved attuning to the spectral contrast differentiating the ink from the paper and enhancing that contrast. K-means algorithm, which is the most common clustering algorithm familiar to almost every researcher in this field, was used to cluster the points for the PPEX based contrast enhancement. Finally, the CCSC algorithm, developed by Alireza Aghasi and Justin Romberg of Georgia Tech, recognized the actual character based on its shape.

Figure 1: At the moment, the algorithm can correctly deduce the distance from the camera to the top 20 pages in a stack, but past a depth of nine pages, the energy of the reflected signal is so low that the differences between frequency signatures are swamped by noise. Credits: Courtesy of Barmak Heshmat.

All the data and the code that support the findings of this study have been made publicly available. Although this work is in its infancy, it opens up a wide range of research prospects, such as THz based sensors, THz applications as well as algorithms analyzing information from THz sensor data, corresponding character recognition algorithms and so on.

Figure 2: A new imaging system can read closed books. “The Metropolitan Museum in New York showed a lot of interest in this, because they want to, for example, look into some antique books that they don’t even want to touch,” says Barmak Heshmat, a research scientist at the MIT Media Lab. Photo courtesy of Barmak Heshmat.

The applications of such a technology’s potential robust version have been discussed as well. From antiquarian to futuristic science-fiction, the idea has captured the attention of many. For instance, museums may wish to use this sensor-based technology to read books that are of historical significance but too fragile to be tampered with. Or, one can certainly imagine a spy movie in near future where the character “reads” the confidential information without leaving any proof. Either way, it is certainly a milestone towards the technological advancement of our race.

She graduated from ETS with Masters in Information Technology Engineering. She is passionate about Artificial Intelligence. She aims to bridge the gap between academia and industry by combining her background in computer science with her aptitude for research.