Creation of a new type of material inspired by Murray’s Law - By : Hanen Hattab, 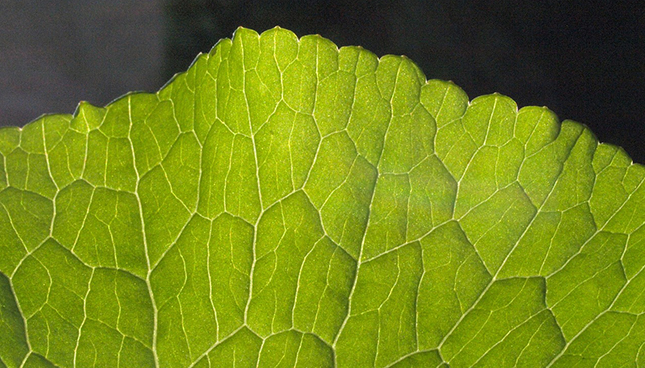 A team of researchers led by Professor Bao-Lian Su, a member of Clare Hall College at the University of Cambridge, has created a new type of porous material that can improve the performance of several types of devices and components, from rechargeable batteries to high-performance gas sensors. Composed of interconnected channels with predetermined dimensions and allowing for highly efficient exchange and transfer in liquid-solid, gas-solid and electrochemical reactions, this material was inspired by an organic principle explained by Murray’s Law.

What is Murray’s Law?

Fluid networks of living organisms (plants and animals) are assembled according to a hierarchical and branched structure. The forms of their connections adapt to their external environment and evolve, during their lifetime, in order to maximize the processes of substance transport. Cecil Murray’s Law, published in 1926, explains the functioning and the physiological behaviour of this type of network, beginning with the human organism. This law postulates that the morphology of the sections and ramification angles of blood vessels ensures optimum circulation of fluids, by virtue of what the scientist called the “principle of minimal work”. Indeed, several natural organisms present a hierarchical network based on Murray’s law, such as tree branches, in order to combine high efficiency and low energy consumption in the transfer and exchange of substances. Evolution allowed nature to optimize these networks by regularly decreasing its morphology and by ramifying its units like stems, leaves, etc., resulting in units of well-defined dimensions.

Murray’ Law commonly relates to the physiology of a closed organic network, considered within a macroscopic or microscopic volume. These natural structures self-optimize by creating ramifications to maximize the exchange surface, which represents the last level of the network (capillaries in the case of the human body), and define the dimensions of the connection pores between the units. By subdividing, they regulate macroscopic and microscopic pore diameters. What is more, these controls ensure the smooth operation of the multi-scale fluidic connections. For example, the connections between stem and leaf, and in tracheal pores, are two levels where fluid transfer, photosynthesis rates and the gas diffusion process are optimal due to morphological adaptation. Murray proposed starting from this twofold physical and physiological concept, namely, the explanation of morphogenesis by physiological performance and an explanation of physiological performance by the principle of optimality, to propose a mathematical law that makes it possible to model and quantify this morphogenic phenomenon. This is what the Su team did to create the branched structure material.

Since the discovery of Murray’s law, there has never been extensive research exploring these principles in the design of innovative materials, reactors or industrial processes in which optimization of fluid transfer is sought. The researchers created the world’s first material with a stratified structure based on Murray’s law. It is produced by a self-assembly process of zinc oxide (ZnO) nanoparticles as basic elements by means of an evaporation Layer-by-Layer process that forms the porous layers of the material. During manufacture, the particles form increasingly larger pores due to the evaporation of the solvent, until reaching the upper level of the interconnected network.

Likewise, they were able to prove three specific applications where this type of material will be effective, namely: photocatalysis, gas detection and Li-ion battery electrodes. The research was conducted by an international team of scientists from the Wuhan University of Technology in China, the University of Namur in Belgium and the University of Cambridge. Their study is entitled “Bio-inspired Murray materials for mass transfer and activity”. It was published in the journal Nature Communications on April 6, 2017.