We met Ali Mohammadshahi, an industrial engineering undergraduate student from the Iran University of Science and Technology (IUST) during the summer of 2016, in Montréal. He was one of the 49 international students admitted to the Summer School on Innovation and Technological Design, a one-month intensive graduate engineering course given at the École de technologie supérieure (ÉTS) in Montréal. During his stay, Ali expressed interest in pursuing his Master’s thesis at ÉTS. His research project proposal is very unusual: he wants to do research to improve the efficiency of classical music orchestras by applying industrial engineering processes. Ali also has an unusual background: he will graduate as an industrial engineer in a few months, and he is also the youngest classical orchestra conductor in his country!

How His Music Career Started

Ali started to learn music when he was 6 years old. He was impressed by Iranian music and songs. His parents (two electrical engineers) thought he may have a musical talent, so they enrolled him in classical piano lessons. Since he showed interest in Iranian songs, he began to follow singing courses at 8 years old.

At 12, he was selected by the National Organization Development of Exceptional Talents (NODET) in Iran. Their learning program was much more specialized: instead of a single science course, they had courses like optics, mechanics, electromagnetics, mathematics, chemistry and robotics. At 14, he was working on projects such as vacuum pumps, solid-fuel rockets, making prototypes and launching them: a daunting but excellent introduction to engineering works.

When the time came to choose an undergraduate program, his parents and he agreed that he had the capacity to do both programs (music and engineering) at the same time. Unfortunately, it is forbidden in Iran to be registered in two majors at the same time, especially when the second program is found to be irrelevant. Discussing with his parents and his music and engineering professors, he decided to register in engineering: he would always be able to switch to music whenever he wanted to, but the opposite would be impossible. He was accepted at the IUST. His parents agreed that he continue to study music with his professors in private classes as long as he was doing well in both programs. 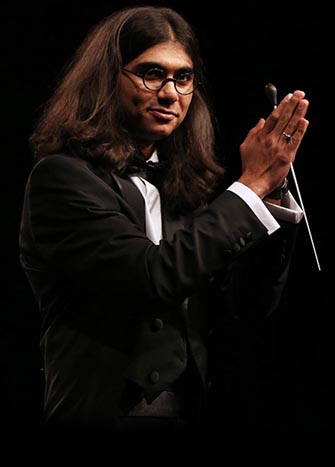 The Birth of a Symphonic Orchestra

While studying musical composition, he found that it was boring to have the composition only on paper while it was composed for an orchestra. He then decided to become an orchestra conductor to be able to perform his pieces.

In Iran, there are fewer than five official professional classical orchestras. Many musical projects are realized by musicians who gather together, practice for a few months before the concert, and perform the concert without forming a permanent orchestra. Ali created his first chamber orchestra when he turned 18. He started with friends and colleagues. They were good instrumentalists, all of the same age. There were 20 to 25 musicians playing together his compositions and different musical arrangements (his and other composers).

After a year, the orchestra had expanded to 80 musicians and was practicing in one of the best rehearsal halls of Tehran. The orchestra project failed after a year of work, just before giving their first concert. Ali was depressed. It took him almost a year to decide to start again after this failure, with the support of professors like Maestro Nader Mashayekhi, Maestro Luris Tjeknavorian and Maestro Sediq Tarif. But this time, Ali decided to cooperate with three more people to manage the orchestra: an orchestra manager (Mr. Alireza Mehrabi), a musicians manager, a production manager, and himself, the music director and orchestra conductor. It meant for the orchestra more experience, more planning, a schedule, more practice, and several managers working to get professional contracts.

One of the most famous vocalists of their country, Mr. Aminollah Rashidi, accepted to participate in their first concert, despite his advanced age (he was born in 1923). They practiced hard for four months and finally gave their first concert with 60 musicians in a concert hall in Tehran, playing pieces that brought back many memories in the audience. 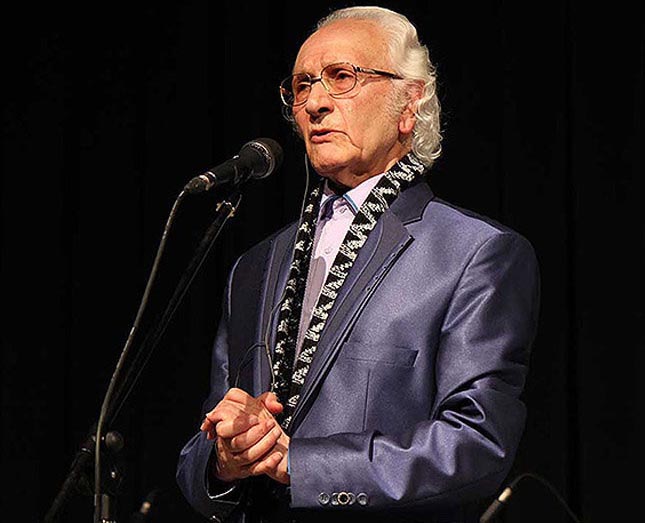 Vocalist Aminollah Rashidi has performed with the Ramesheh Orchestra at the Andisheh Hall of the Art Bureau in Tehran on May 26, 2016. The 60 musicians classical orchestra composed was conducted by Ali Mohammadshahi (source). 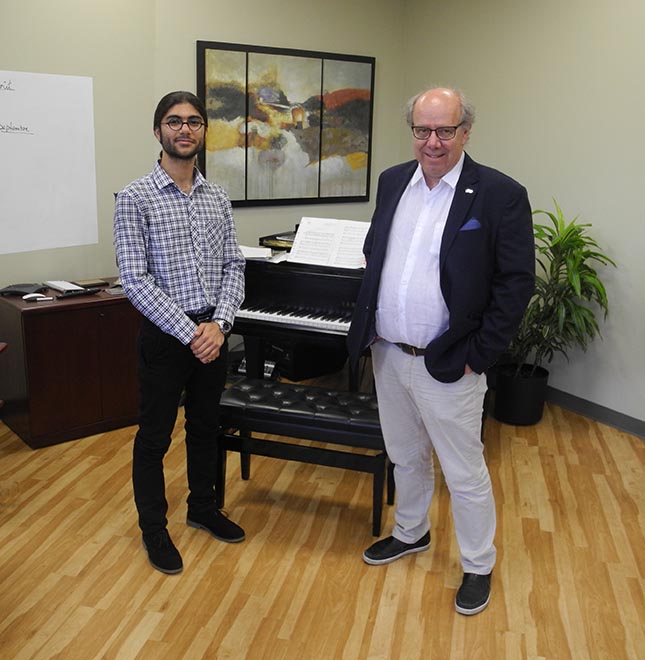 Ali met Industrial Engineering Professor James Lapalme, who also studied music at the Conservatoire de musique at Université de Montréal, to discuss his research project. Professor Lapalme was interested in Ali’s project. Ali is also looking for a co-director from the Schulich School of Music at McGill University.

Ali would love to have the opportunity to work with two renowned Montréal classical orchestra conductors:

If everything goes as planned, we should see Ali coming back in Montréal during the fall of 2017 to start this very special Master’s thesis.

We invite you to consult Ali’s website and Youtube channel to get more information about this young maestro and to follow his musical, and engineering career.