Classification of Micro-Watersheds to Prevent Flooding in Mexico

Camille Jourdan Author profile
Camille Jourdan holds a bachelor's degree in construction engineering from ÉTS and a Master in hydrology, risk and environment from the University of Montpellier, France. He was involved in an elementary school project in Bangladesh.
Program : Construction Engineering 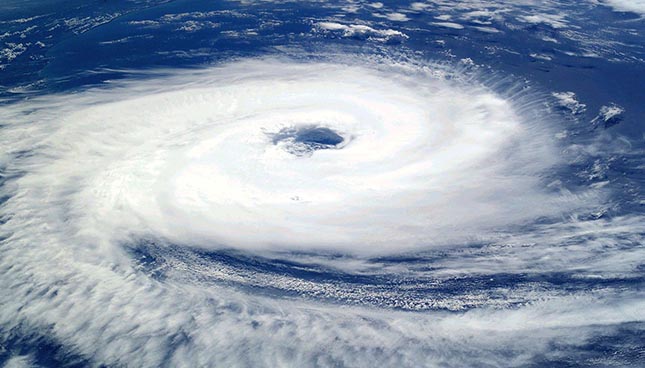 End of Studies Internship in Mexico

This follows the article entitled  Developing Tools to Prevent Flooding in Mexico and presents other data resulting from an internship in hydrology which took place in Mexico during the 2015 summer term.

The “Curve Number” (CN) is an index used in hydrology to determine direct runoff or infiltration from rainfall excess. This index is dependent on soil type, land use, and soil moisture conditions. The study of rainfall and runoff allowed us to estimate CN values of the catchment and their evolution during a hydrological year. Figure 1 shows the variations in estimated CN, grouped by month for different wet season events between 1980 and 1995 (Antigua catchment).

Variations for the different months are quite large; this can be explained by the fact that soils soak up water during the wet season, which has an impact on the hydrological response and rainfall/flow relationship. At the end of the wet season, the ground is wetter, which limits water infiltration into the ground (illustrated by CN values that are usually higher). We observe for the CN the same drop as the R2 for September that explained by the little dryer period. This period leads to a decrease of the soil water content and an increase of the infiltration rate capacity.

The CN values calculated for daily rainfall and flows range from 70, at the start of the wet season, to 90 by the end of the wet season. A slight drying trend commonly observed between August and September may explain the CN decrease in September.

The study catchments were divided into approximately one hundred micro-catchments (areas less than 10 km²) that were subsequently classified according to their physical characteristics (concentration time, average slope, area, land use).

Figure 2 is an example of a classification based on physical characteristics (slope, area, length of the main stream, etc.). The classification is based on Euclidean distances calculated between the characteristics of the different catchments. The figure shows the results for a subset of micro-watersheds under study. The smaller the Euclidean distances between watersheds, the higher the similarities in characteristics, and vice versa. All these micro-catchments are ungauged, except the Sontalaco watershed, which serves as a candidate reference for ungauged watersheds.

A classification of the weather events by selected characteristics such as rainfall quantities, duration, intensity and dates of events was also carried out and will be useful to establish different rain scenarios.

It will be critical to obtain more data relating to land use and soil type of the Veracruz region in order to to better understand the infiltration and runoff phenomena.

Instrumentation surveys of waterways and gauging will help expand the database in order to implement regionalization methods for ungauged watersheds.

A weather station installed during our stay can now record rainfall in infra-hourly time-steps. The data will provide more accurate information on the intensity of weather events in the study area, at time- steps that are more appropriate for studies on micro-catchments.

Finally, our stay in Mexico gave us the opportunity to broaden our knowledge in hydrology, and to discover a new country, its language and population. We made friends with several colleagues and benefited from the warm welcome extended by the Mexicans to the new gringos.

We wish to thank Professor Annie Poulin of the ÉTS who suggested this internship to us, the sustainable development fund of the ÉTS (FDDAEETS), the internship department, the BRECI , and the MITACS organization for their support and interest in this research project.

Camille Jourdan holds a bachelor's degree in construction engineering from ÉTS and a Master in hydrology, risk and environment from the University of Montpellier, France. He was involved in an elementary school project in Bangladesh.

Simon-Olivier Harel holds a bachelor's degree in construction engineering from ÉTS and is completing a bachelor’s degree in information technology. He was awarded the Forces Avenir prize in the Mutual aid, peace and justice category.

Juan Carlos Ramírez Muñoz holds a Master’s in civil engineering from the Universidad Nacional Autónoma de México. He has been working in water resources, construction, planning and investigation.

Annie Poulin is a professor in the Construction Engineering Department at ÉTS. She specializes in the areas of hydrological modeling, impact studies of climate change on water resources.