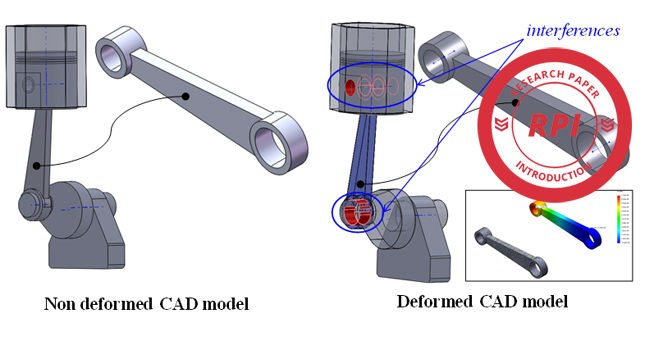 Header picture, images, and table are from the authors: Substance CC license applies.

The improvement of the simulation process requires an integration of the design and analysis models. There are two essential tasks in the design analysis process: (i) Computer Aided Design (CAD) which provides the geometric description of the model and (ii) the Finite Element Method (FEM) used for mechanical behaviour simulations. The interoperability between these two tasks reduces costs and improves product quality through the acceleration of design analysis loops. Our activity fits into this research orientation by providing a method to link the Finite Element (FE) analysis and the CAD model. This is done by reconstructing the CAD model from the FE analysis results (deformed mesh).  This paper proposes a method to update the CAD geometry from the deformed mesh. This approach allows for rebuilding the CAD model after analysis by extracting geometric information from the deformed mesh. An illustration of the developed method is discussed at the end of this paper.

1. Reconstruction of the CAD model from FEM results

The general algorithm allows for the reconstruction of CAD model as a Boundary Representation (BREP model). The BREP model describes not only geometrical information (surfaces, curves and points), but also topological information (faces, edges and vertices). The proposed algorithm is based on two main parts: to determine the topology and rebuild the geometry. We first build the BREP entities and then join them to build the deformed CAD model. BREP entities are defined using deformed mesh boundary nodes (faces mesh). 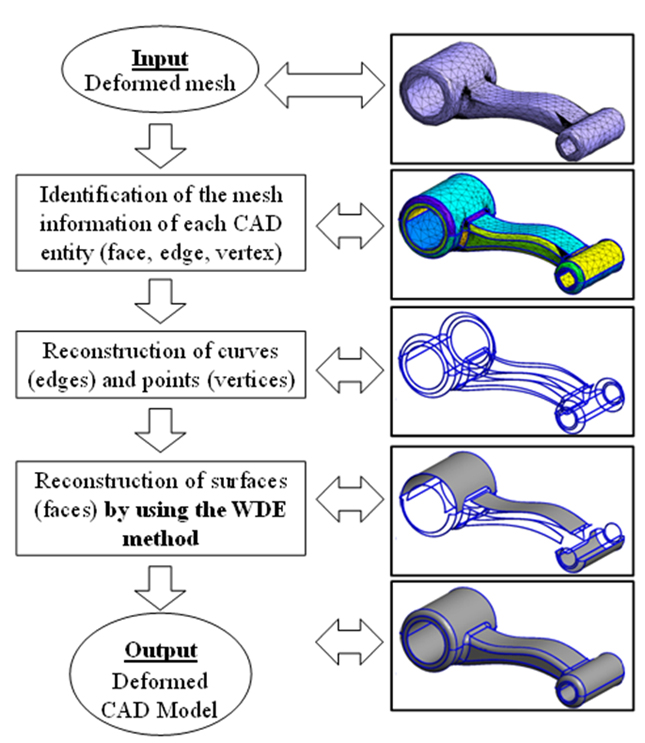 The general algorithm (Fig. 2) of reconstruction exploits information extracted from a triangulated surface obtained from the deformed mesh. In addition, a topological model describing how surfaces are inter-connected is provided. The main steps of the reconstruction algorithm are as follows:

The last step is the most complicated phase in the CAD model reconstruction. Indeed, there are many difficulties in using  a direct interpolation method to generate the CAD face (surface) from the mesh: (i) the data modeling the surface consists of a triangulation of an unorganized set of points in the parametric space (u,v) of the reconstructed surface; (ii) the density of information (triangles, points) is not constant over the surface; (iii) in the case of faces with inner loops it is not easy to evaluate the surface, and mesh information (nodes) is not sufficient to calculate  B-Spline shape functions. Thus the weighted displacement estimation (WDE) method is used to solve any encountered difficulties and update the CAD surfaces (faces) after deformation.

The proposed approach is developed by using Matlab and The Solidworks Application Programming Interface (API). The development is based on three main steps:

After the extraction of the deformed mesh, the reconstruction of the curves (edges) is realised. It is a direct interpolation from the mesh information (section 3-2). To rebuild the surfaces (faces), the WDE method is used to move a regular lattice (computed on the initial surface) representing the interpolation points of the B-Spline surface. Face reconstruction is based on three steps: 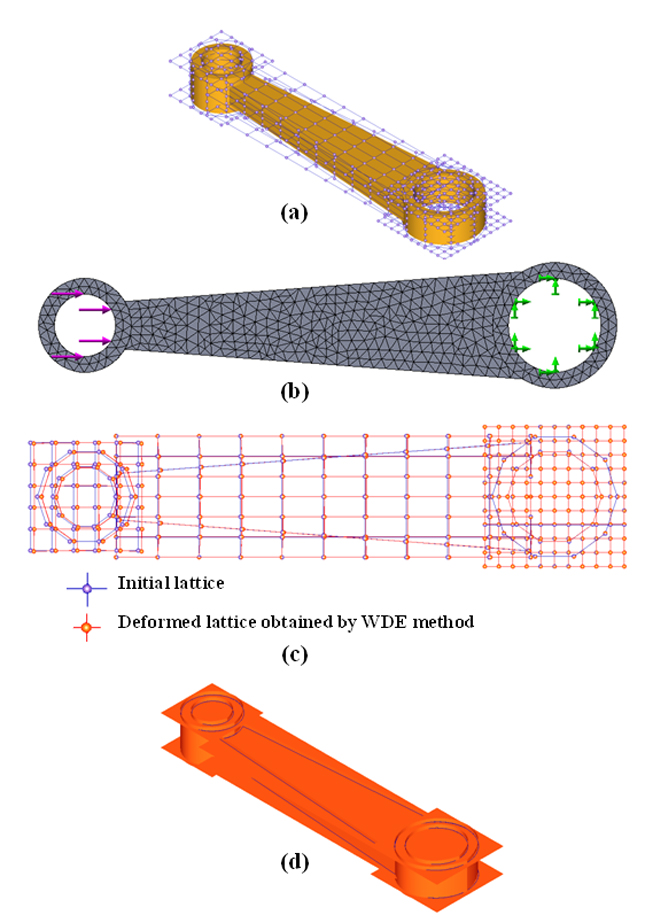 The assembly with deformed parts allows a virtual simulation of the assembly functioning (rod – crankshaft) with the deformed model (realistic model in the operating conditions). According to this simulation, the designer can discern possible collisions between parts, particularly between the connecting rod and crankshaft, and between the connecting rod and piston axis (Fig 4(f)).

Table 1, Fig. 5, Fig.6, and Fig. 7 illustrate many quantitative criteria and results obtained by the reconstruction algorithm of the previous example (Fig.3). The reconstruction error is the distance between the interpolation point (node) and its projection on the reconstructed surface. The calculated errors are negligible compared to the node displacements. 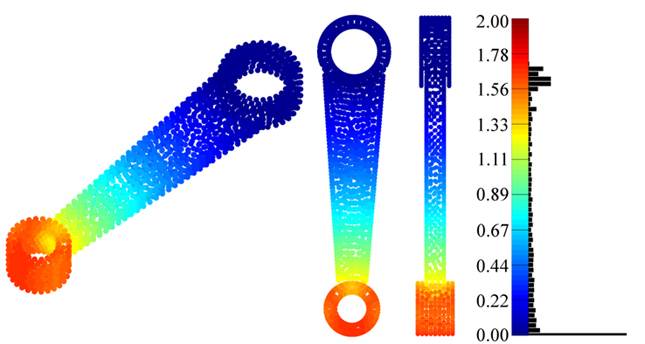 Fig. 5: Colormap and its distribution of the surface nodes FEA displacements
results in 10-1 mm. 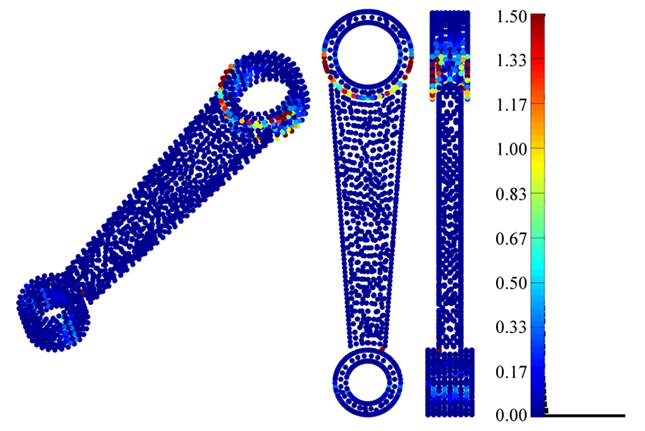 Fig. 6: Colormap and its distribution of error results in 10-4 mm.