What Makes Semiconductors So Special?

A semiconductor is a type of material whose electrical properties can be carefully controlled by artificial means. Silicon has been for years the undisputed king of the semiconductor industry and yet, it does not perform just as good in various applications such as light emission and high speed electronics. For these, new materials have been developed to accommodate mankind’s increasing demand in feature-rich technologies.

Graphene, The Wonder Material…Yes And No 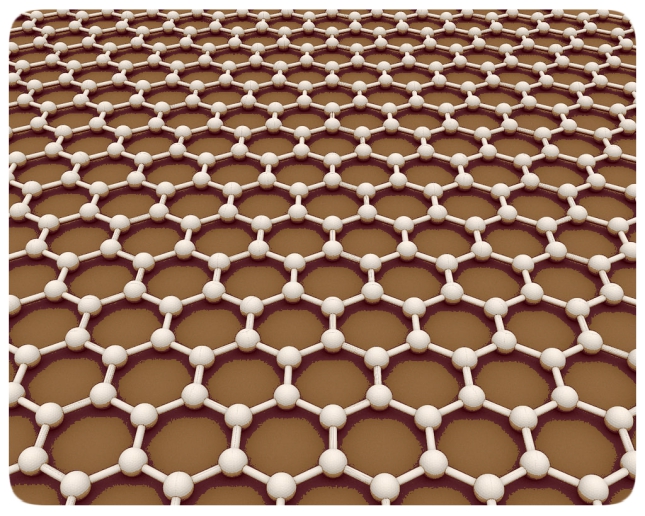 Figure 2. A single sheet of graphene. Each point of the image refers to a carbon atom. The honeycomb structure is replicated everywhere.

In the quest for looking for faster materials, we have gone smaller than ever.  In 2004 an atom-thick layer of carbon was first separated from graphite [1], a material later called Graphene. This single atomic layer of honeycomb carbon has been described as a zero-bandgap semiconductor and whose mobility, in theory, could be infinite. In practice, Graphene has shown values of mobility up to 10 times better than that of silicon [2] due to defects and fabrication imperfections.

In 2010 Andre Geim and Konstantin Noveselov received the Nobel Prize in Physics for their discovery and the “groundbreaking experiments regarding the two-dimensional material Graphene”.  Graphene has been studied and applied in photovoltaic and opto-electronic devices [3–5], high-frequency resonators [6], field-effect transistors [7] and bolometers [8], amongst other applications.  However, the property that makes Graphene most intriguing is also its greatest weakness. The lack of bandgap in pristine Graphene makes it very good electrical conductor, rendering it more a semi-metal rather than a semiconductor. Its conductivity is hard to shut off and control, turning Graphene inconvenient for electronic and optoelectronic applications.

A New Alternative In The Right Direction

Figure 3. General structure of a single layer of Phosphorene. Taken from ref. 10

Luckily for us, a new material arises to overcome this limitation while remaining close to silicon’s mobility, and graphene’s flexibility prowess.  Black Phosphorus (BP), a.k.a. Phosphorene, has joined the ranks presenting similar 2-dimensional honeycomb structure and a bandgap that can be carefully controlled by extrinsic doping, stacking various BP layers or by choosing the right element in the metallic contact fabrication. Additionally, Black Phosphorus could be ready  in the near future to be mass produced in the same facilities used nowadays in the semiconductor industry.

Black Phosphorus was first reported in 1986 by A. Morita [9]. Back then, the potential of this bulk material was already envisioned. The ability to isolate only a few atomic layers of Black Phosphorus was first reported by researchers at Delft University of Technology and Universidad Autónoma de Madrid [10].  Recently, researchers at Pohang University of Science and Technology (POSTECH), reported a tunable band gap in BP by using potassium as a dopant [11].  Indeed, they managed to alter the BP’s bandgap from 0.0 to 0.6 eV, whilst pristine BP has an intrinsic bandgap value of 0.35 eV. 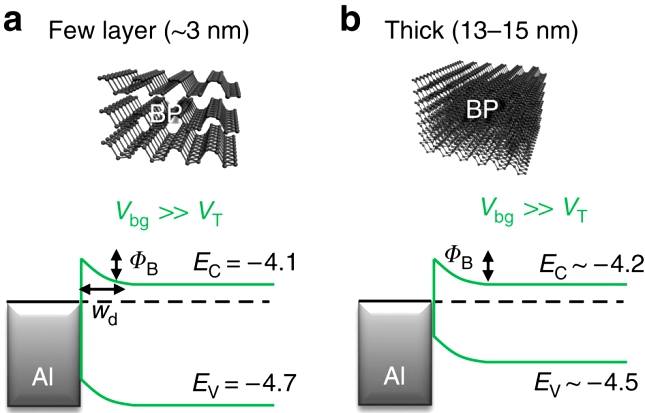 Figure 4. A few layers of Phosphorene displays a larger band gap while increasing the number of layers the band gap is reduced. Taken from Ref. 12.

Researchers at the Institute for Basic Science (IBS) Center for Integrated Nanostructure Physics at Sungkyunkwan University (SKKU) in South Korea have achieved a high performance transistor device based on BP with some formidable results [12].  Stacking several BP layers and/or changing the metals for creating contacts, they managed to turn the BP into an n-type, p-type or ambipolar material.

The most basic switching electronic device is composed of the union of an n-type and a p-type material to achieve an on/off state. A transistor in its simpler form is composed of a combination of n-p-n or p-n-p materials that not only can be switched on or off but also has an associated gain.

In conclusion, out of a single base material, Black Phosphorus, a device can be fabricated by controlling the number of layers and the metallic contacts employed [13].  Being one or a few atomic layers thick, this could potentially mean smaller devices, better energetic efficiency with reduced associated manufacturing costs, with the potential to outperform silicon technology which is on the verge of reaching its limit in miniaturization.

Of course, Black Phosphorus may not be a complete replacement for silicon technology but it can open the door to new fabrication techniques and applications that will add to the current pool of technological alternatives.  Many look now to the Web of things, where many every-day objects could be connected alongside doing what they already do.  To realize this scenario, smaller and more efficient electronics are necessary and Black Phosphorus seems to effectively light the path in that direction.

Note from the Author: The author would like to thank his colleague Charles Trudeau, M. A. Sc., for the discussion and references provided regarding Graphene.