A Bionic Fingertip Restores the Sense of Touch to Amputees - By : Darine Ameyed,

A Bionic Fingertip Restores the Sense of Touch to Amputees

The field of prosthetics continues to progress and the dream of a sensitive bionic prosthesis is no longer a concept of science fiction.

Scientists at the École polytechnique fédérale de Lausanne, in Switzerland, and the research institute Scuola Superiore Sant’Anna (SSSA), in Italy, have been working on the advancement of bionic limbs to give their owners the sense of touch. This artificial finger provides the user with tactile feedback in real time. 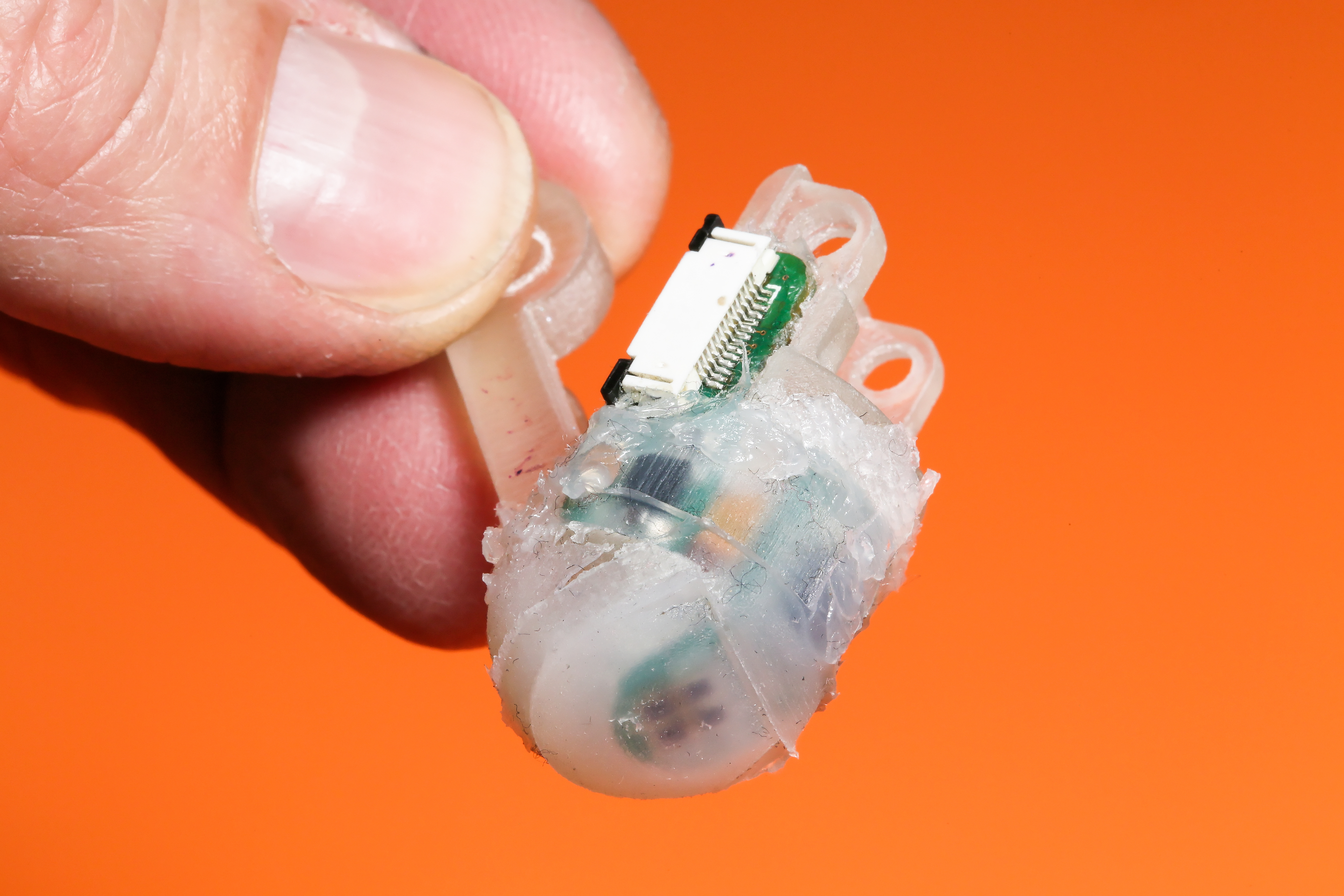 An operation to connect the tip of the bionic finger to implanted electrodes on the stump allows the device to interface directly with the nerves of the amputee. This invasive operation was tested by Dennis Sørensen Aabo, who lost his left hand nine years ago while handling fireworks. Sørensen had already worked with the team on the development of the bionic prosthesis, successfully testing the first prototypes, in 2013 and in 2014, measuring tension, shape, and consistency of the touched objects.

With the new version of the prototype, the finger tip not only detects the pressure, temperature, consistency, and shape of objects, but also differentiates between interface textures, and can recognize to the touch a rough or smooth surface.

In the nervous system, the sense of touch translates into a series of electrical pulses; the aim of the researchers was to mimic this process. The bionic finger is equipped with electromechanical sensors which change to the touch according to the topography of the surface. These sensors send an electrical signal to a computer which converts it into a feedback command sequence. To receive these signals, electrodes are surgically inserted in the upper arm to stimulate the nerves.

By comparing the results with the EEGs (electroencephalograms) of non-amputees, the researchers found that the amputee was able to interpret this type of surface with 96% accuracy.

In a minimally invasive procedure, the team also tested the bionic finger on four non-amputees, using only one electrode, lightly inserted in the arm like an acupuncture needle. Non-amputees were able to distinguish the textures 77% of the time. These tests should help accelerate the development of realistic sensory prostheses that could be tested without the need for surgery.

By comparing the EEGs of non-amputees while they felt a texture with their real finger, and then with the bionic version, the team demonstrated that the brain waves were similar in both experiments.

Eventually, the project will allow the integration of fingertip sensors into a full prosthesis to produce a bionic arm that can grasp and feel objects.

The progress of this study, combining basic science and applied engineering, will bring direct benefits to sensory robotics and may result in other applications for surgery, rescue operations, and manufacturing.