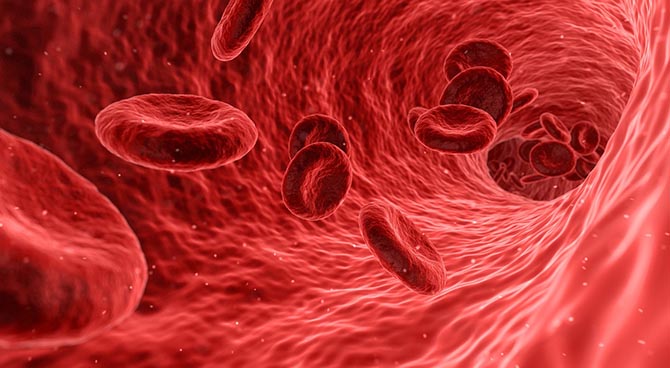 While 3D bioprinting and bioassembly continue to revolutionize tissue engineering in the fields of generative and restorative medicine, the creation of biocompatible organic implants is still a virtually uncharted field. Indeed, it is still very difficult to reproduce the complex structure of tissue interfaces and vascular perfusion. A team from the Jacobs School of Engineering at the University of California in San Diego and Sichuan University of China succeeded in printing a biocompatible blood vessel. Their study, entitled “Direct 3D bioprinting of prevascularized tissue constructs with complex microarchitecture,” was published in the Biomaterials Journal on February 2, 2017. It was co-written by Wei Zhu, Xin Qu, Jie Zhu, Xuanyi Ma, Sherrina Patel, Justin Liu, Pengrui Wang, Cheuk Sun Edwin Lai, Yang Xu, Kang Zhang and Shaochen Chen.

In the near future, this technology will serve to create functional artificial bio-organs, echoing the myth of the Lernean Hydra. Researchers at the Nanobiomaterials, Bioprinting and Tissue Engineering Lab at UC San Diego printed a blood vessel that can be connected to the human vascular network with no risk of rejection or complications. The new research, led by nanotechnology Professor Shaochen Chen, met one of the biggest challenges in tissue engineering: creating tissue and organs with functional vascular networks—that is, networks of blood vessels that can carry blood from the host body. In addition, these vessels will soon be able to transfer other biomaterials. Other researchers have already printed artificial blood vessels, but the technology used was often slow and expensive, and could only achieve very simple structures that were unable to provide vascular perfusion—or, in other words, irrigation of an organ with blood containing oxygen and the nutrients required for metabolism. This new method can print complex functional biostructures quickly from a 3D printer that was manufactured by the team. The technology was invented in this laboratory to print living tissue and microscopic fish capable of moving around the human body to detect toxins.

Using medical imaging technology, the researchers first designed a three-dimensional digital model of a biostructure. The use of this technology allowed them to digitize and subsequently print the image of a tissue structure containing endothelial cells, which are the cells that form the inner wall of blood vessels. The part of the vessel used as a model measured 4 mm x 5 mm with a thickness of 600 micrometers, the equivalent of 12 strands of human hair stacked together. A program later transferred the digitized model as two-dimensional snapshots to microscopic mirrors. The mirrors were used to project patterns of ultraviolet light reproducing the snapshots’ configurations. UV patterns were subsequently projected onto a solution containing living cells and photosensitive polymers that solidify when exposed to UV light. This way, the structure is printed rapidly layer by layer, forming a 3D solid polymer scaffold that encapsulates living cells. These cells grow and become biotissues. The scaffold is a type of elemental bioassembly that will eventually be able to grow and merge with a host body.

With this method, microscopic vascular structures can be reproduced at high resolution relative to existing technologies. In addition, the method uses inexpensive equipment and biocompatible substances. In one day, the researchers produced in vitro (in a biological matrix) several printed structures. They then grafted the tissue onto the skin lesions of a mouse. After two weeks, they examined the implants and found that these had successfully developed and fused with the host’s blood vessel network, allowing blood to flow normally.

This study was funded by the California Institute for Regenerative Medicine, the National Institutes of Health and the National Science Foundation.