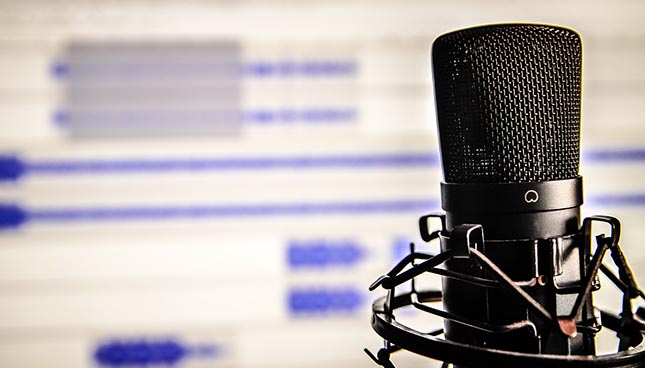 To protect ourselves from electronic eavesdropping, we must avoid several traps like the installation of malicious software without our knowledge, or micro spyware that sells for just a few dollars on the Internet. Researchers from the University of Illinois at Urbana-Champaign are introducing a technology called BackDoor that can defuse these invisible mechanisms and be used in the field of the Internet of Things.

Just like the human ear, the microphone in a music recorder or a smart phone can only recognize frequencies between 20 Hz and 20,000 Hz.

Researchers at the University of Illinois’ Coordinated Science Laboratory were able to create an inaudible sound (40 kHz or more) that can be picked up by microphones. When passing through a microphone, ultrasound is transformed into a recordable signal so, in other words, it can be recognized by sound recorders. Once converted, the sound is inaudible to the human ear and has unprecedented digital and sound properties.

The study co-written by this research team, which brings together PhD student in Electrical and Computer Engineering Nirupam Roy, and Professors Romit Roy Choudhury and Haitham Hassanieh, is entitled “BackDoor: Making Microphones Hear Inaudible Sounds“. It won the Best Paper Award at the MobiSys 2017 Conference in Niagara Falls, USA, held from June 19 to 23, 2017.

Applications of the “BackDoor” Ultrasound Technology

During a phone conversation, broadcasting this inaudible sound in a room prevents spy microphones from recording voices. According to the team, the technology can be used to protect private and confidential meetings between military or government officials against espionage, and prevent unauthorized recordings of movies and shows.

The signal also allows connected devices and other applications of the Internet of Things like Amazon Echo or Google Home to communicate with each other, which would help reduce the increasing burden on Bluetooth connections. It could also protect users from unauthorized recordings when they communicate with voice-enabled systems.

The sound frequency developed by the researchers passes through ultrasound loudspeakers. It is inaudible and can be picked up and recorded by standard microphones available on the market.

The researchers are aware that this technology could be used for nefarious purposes. They hope that by foreseeing dangerous uses, they can develop measures to prevent them.

From Ultrasound to Inaudible White Noise

Let us start by understanding how a microphone works. Sound produces vibrations that reach the diaphragm, a component in the microphone that converts oscillations into variable electrical signals (audio signal) and forwards them to amplifying and recording devices. The recording system includes an analog-to-digital converter that receives the amplified signals. It measures the transmitted voltage variation—at a fixed sampling frequency—and stores the sounds in memory as digital data.

In a basic microphone, diaphragms and acoustic amplifiers maintain their linearity, that is, their ability to transcribe the same output signal when transmitting audible sounds. In ultrasound reception, these two components exhibit non-linear behaviours.

The researchers created an ultrasound that can be picked up by the diaphragm and the amplifier to induce non-linear behaviour before converting the digital sound. They call the inaudible frequency picked up by the microphone that receives the ultrasound “shadow”. Regardless of how this signal is generated, the converter records it like any other sound signal. Shadow is digital data, thus a sound that has no audible tone while occupying space that can prevent perception of other sounds being emitted. An acoustic shadow emitted within a room creates interference and operates as a low frequency white noise that prevents emitted sounds from being picked up at the same time while remaining inaudible.