Despite increasing automation related to Industry 4.0, manual assembly systems will keep playing an important role, particularly in some manufacturing domains like aerospace manufacturing. In this context, different technologies are promising to support humans in the execution of their tasks. We present an assembly guidance system solution, an integrated technology with the potential to improve human performance in terms of quality and reduction of human errors.

The role of manual assembly in the aerospace

Assembly lines can be considered as processes where parts are systematically added through a workflow to obtain a final product. Depending on the degree of standardization and the nature of tasks, automation, including full automation, of assembly lines has been sought more systematically in some industrial sectors than others. Automotive industry has privileged a mostly fully automated assembly, where humans still play a role but mostly limited to specific phases of the process. In contrast, in the aerospace industry, the complexity of the object to manufacture and the high level of requirements involve that manual assembly and particularly humans still play a more prominent role. Aircraft are not mass consumption goods, and this limits the extent in which an automated assembly line can be deployed. 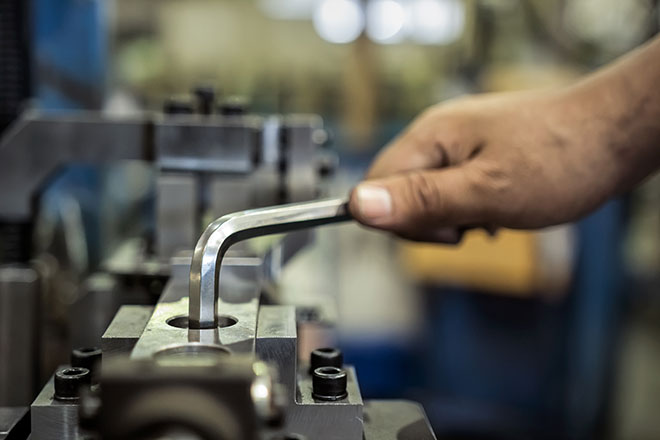 In the context of aerospace, a high reliability sector, quality is a key aspect of production not only because of the economic loss associated but also because of the potential impact on safety. Unfortunately, humans are not infallible and errors during the assembly process can occur leading to quality issues. Examples of error that can occur in a manual assembly are loose connections, a missing component, damage during assembly and foreign objects or contamination, among others. Recently, Boeing was forced to ground its 767-based KC-46 tankers when the US Air Force expressed concern about FOD (foreign object debris) found in various locations inside the completed airplanes (Gates 2019). The origin of these errors, from a system’s approach, is frequently associated with the design of the work system or some elements of the work environment, for example, workload, work rate, complex work content or unclear instructions, among others (Eklund 1997).  In some cases, more realistic visual instructions could help in decreasing the level of interpretation needed by the assemblers.

With the introduction of artificial intelligence within the framework of Industry 4.0, machine vision is expanding its applications. Vision system components can assist in simplifying complex manual assembly, inspection, sequencing and training operations for the assemblers (Ryznar 2016). Worker guidance systems blend machine vision and augmented reality with human intelligence. This kind of system is capable of guiding and validating the assembly process conducted by the assemblers.

Different configurations of these information and assistance systems are available. Microsoft proposes HoloLens 2, a mixed-reality headset specially designed to support factory workers. The system can track, in real time, what the worker is doing using Azure Kinect sensors, the Microsoft cameras system can scan the context to detect real objects. A holographic set of instructions can then be displayed to the worker according to the different steps of the assembly process. The use of this kind of configuration based on headsets still poses serious challenges in terms of comfort as well as other aspects like vision field (Bohn 2019). For example, wearing the headset for the entire work shift duration could be perceived by workers as uncomfortable.

Another promising configuration is Light Guide Systems (LGS). In this case, by using machine vision, overhead cameras can detect what the assembler is carrying out and instructions can then be projected directly down on the workspace or onto the object to assemble by using high intensity projectors. Mayrhofer et al. (2019) propose such a system used in the assembly of aircraft wings. This configuration has the advantage that the assembler does not need to wear any headset, but workers needs to stay most of the time in the same workspace since the system is fixed. It could also be more comfortable from a visual perspective. However, LGS could be limited in the delivery of 3D instructions to the assemblers. The system can indicate the position of a part to be installed, but when different orientations are possible it could be difficult to project the exact orientation of the part in a 2D surface. This is an important drawback as one wants to prevent geometry related errors in manual assembly.

Worker guidance systems in assembly represent a potential solution to support human performance in terms of quality. Questions remain to be answered as to the proper selection and deployment of these technologies. The Applied Human Factors Lab team of ÉTS studies, among others, the usability of these digital technologies.