An Ice House on Mars! 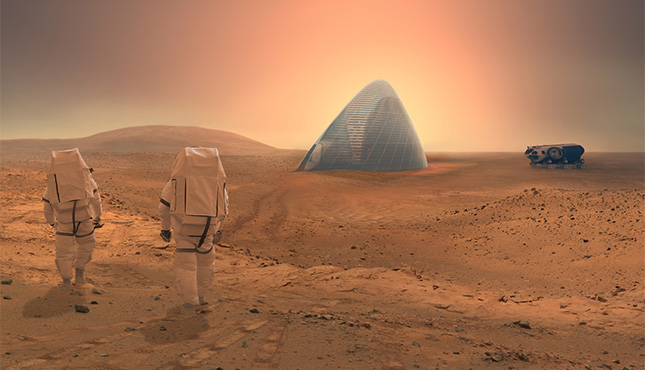 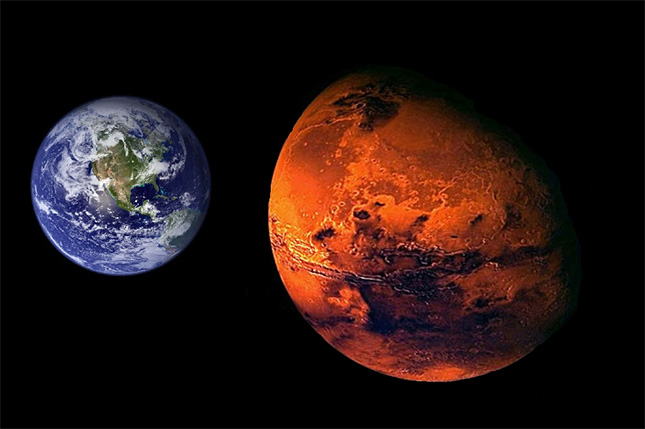 A journey to Mars could last from 6 to 42 months… Mars is yet the telluric planet closest to Earth. Humans who will go on this planet will have no other choice than to live there before considering a trip back. However, transporting materials from Earth to Mars to build houses is too expensive. NASA has launched in May 2015, the “Habitat 3D Printed Challenge” presented in a previous article entitled “NASA Present 3D-Printed Habitat for Mars“. The challenge for the participants was to design a habitat using 3D printing technologies, materials from the red planet and the least possible from Earth. NASA received 165 proposals and chose 30 for the first phase of the competition, the design.

The winning team, SEArch/Clouds Architecture Office in New York, received the sum of 25,000 USD for the design of the “Ice House”. According to NASA, there is a significant amount of water in the region named “Alba Mons” located in the Mars northern hemisphere: the main material of this Ice House is water in its solid form, ice. 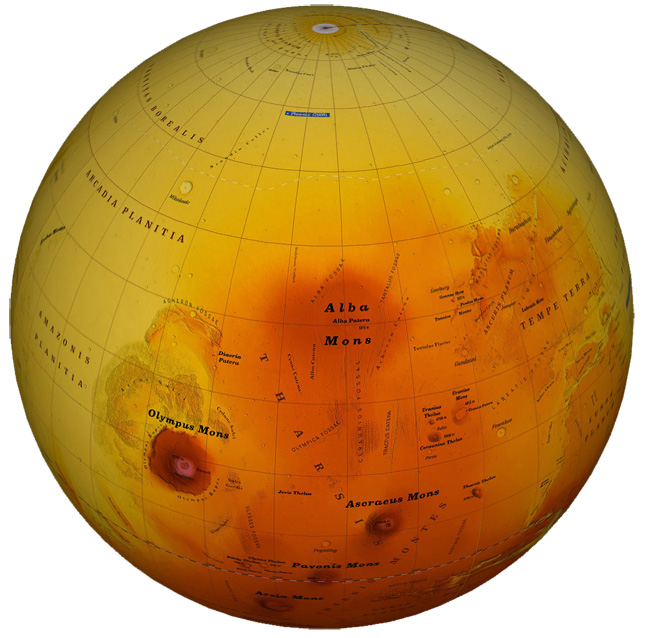 An inflatable translucent membrane of Ethylene tetrafluoroethylene (ETFE) would serve to isolate the interior living space from the Mars atmosphere. The liquid water would be extracted from the Martian subsurface and serve to build a protective ice layer for the inner residential capsule. 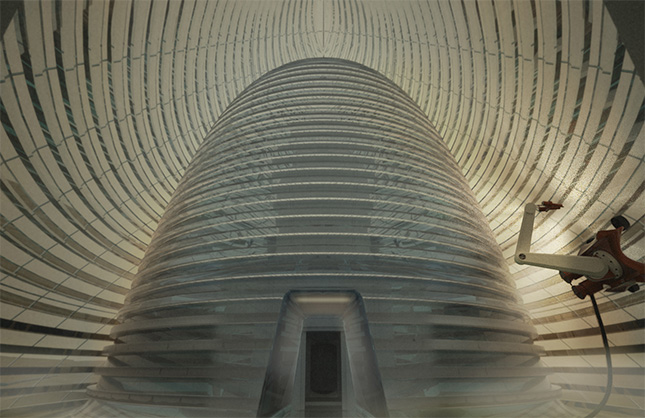 The inner capsule will have four levels. Living plants would transform the carbon dioxide (CO2) in oxygen. A spiral staircase in the heart of the living capsule allow access to higher levels of the house, and simultaneously provide to the crew the opportunity to exercise. 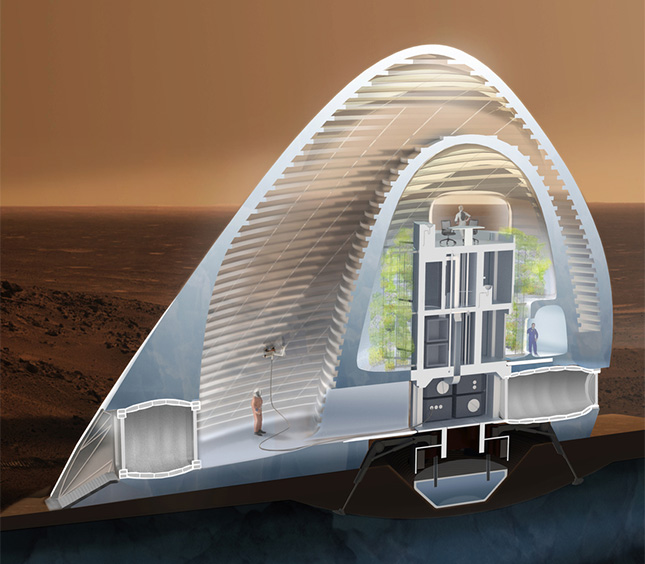 Here are plans and images of the four levels of the Ice House:

When several Ice Houses will be built, it will be difficult for new residents to receive many friends and to “party” in their houses of 92 m² (1000 square feet) designed for four people. Yet they will need a place to have a drink with friends, share a meal with friends, listen to music, dance and entertaining guests. Why not build an… Ice Hotel?