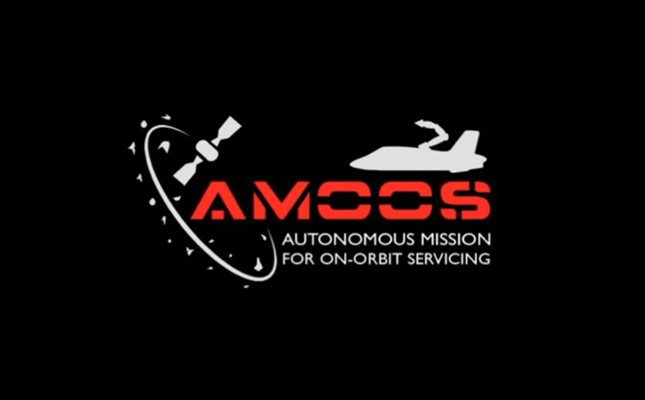 a focus on “new space” and entrepreneurism, faculty and lecturers from around the globe, a steady presence of Canadian astronauts, and a warm “bienvenue” from Canada’s French-speaking province. 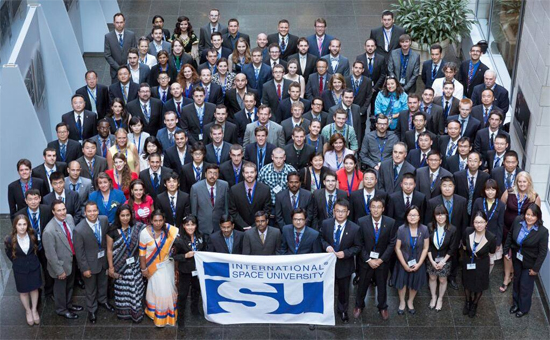 The second team project presented was the Autonomous Mission for On-Orbit Servicing (AMOOS). The Chair of this project was professor René Jr Landry and the teaching associate, Adam Vigneron, both from Canada. Take a look at the first and the second articles published on this Substance Web platform to get an introduction of this project. 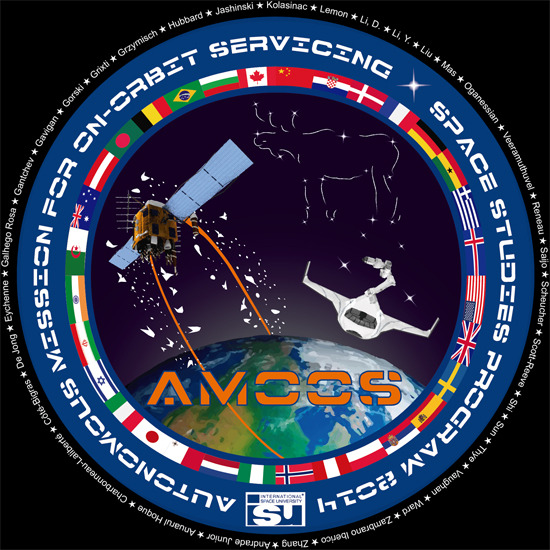 The Autonomous Mission for On-Orbit Servicing (AMOOS) calls for a small space shuttle to be equipped with space robotics such as the next-generation Canadarm. The shuttle is capable of repeated flights into space, where it could refuel satellites, replace defective satellite components, and remove space debris from valuable orbits. In addition to the technical feasibility of AMOOS, the team is examining legal implications, commercial opportunities, and methods of transparency-building to ensure the mission’s viability.

As described in the ISU SSP14 web site, the AMOOS project had three goals:

The first goal of the AMOOS project is to unravel the business case of autonomous on-orbit servicing. AMOOS can serve as an appealing alternative to complex, risky and expensive manned missions, launched on top of expensive launch vehicles, from expensive launching sites, to service expensive satellites! Specific benefits to be explored include: re-usability, reliability, cost effectiveness, quick mission turnaround, and secondary payloads. 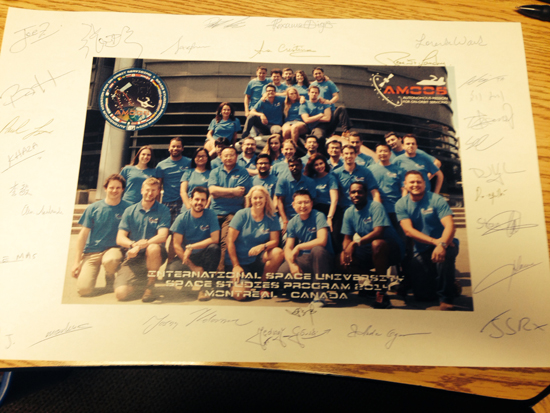 The second goal of AMOOS is to promote the utilization of space robotic arms to capture or de-orbit objects such as errant satellites or large debris. Space debris still poses a collection of major issues. Among these are on-orbit collisions and explosions, orbit congestion, and hazards to humanity – all compounded by the difficulty of debris tracking and monitoring. As the density of orbital objects increases, the Kessler Syndrome becomes a looming threat. It is absolutely necessary to develop remediation activities! 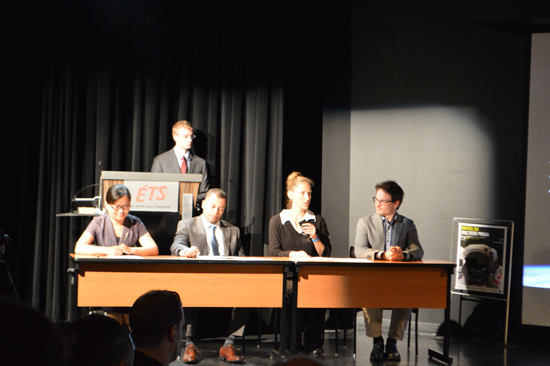 A simulation of a panel of experts done during the TP AMOOS presentation. Source [Img3]

The third goal of the AMOOS project is to promote an all-in-one package of unmanned spaceplane and space robotics suitable for an autonomous on-orbit servicing mission. The principal space-faring countries appear willing to support unmanned space technology. There are several advantages: they save lives, they save time, and they save money! 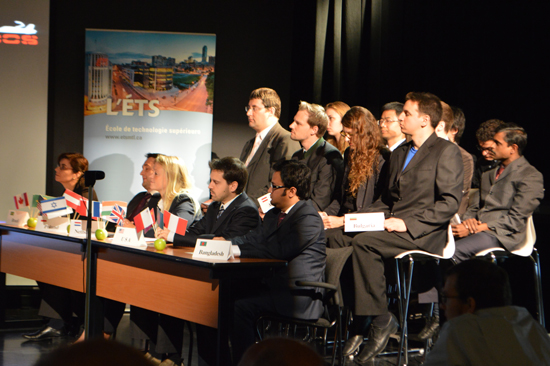 The 28th edition of the Space Studies Program (SSP15) will be held at Athens, Ohio, USA, from June 8th through August 7th 2015.