Airdog and Hexo+ Self followers drones - By : Substance,

Airdog and Hexo+ Self followers drones 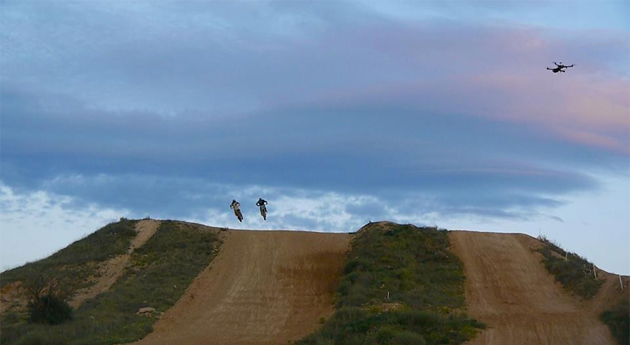 Two new drones were designed for a very specific clientele: sports enthusiasts, while realizing their favorite sports, who want to be able to shoot themselve to capture their exploits. Filming themselves on ski jumping, motorcycle, bike, skate boards, roller skates, surfboard, etc.. could not be done till now without a crew in a helicopter or an unusual installation. These drones offer an economical solution to this problem. Interestingly, these two emerging companies both claim to be the first to have developed an inexpensive solution to film from the air with a drone. And these two startup companies offer you to help them marketing their self followers drones projects using the Kickstarter funding collaborative platform. Here are their projects:

Both companies use the versatile GoPro video cameras to make videos. This type of camera allows, according to the manufacturer, “anyone, anywhere to take stunning photos and videos to capture the most significant experiences of their lives.” 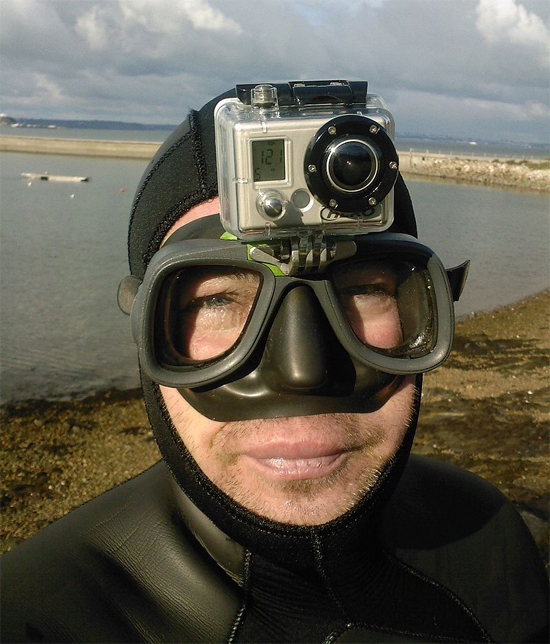 Airdog is a self follower quadrocopter drone that folds for transport. It takes off and lands autonomously without requiring skills flight control of its users. 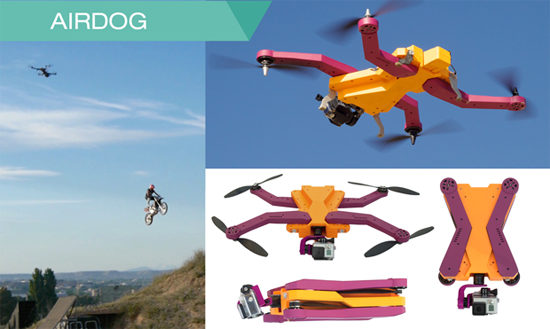 It is equipped with a monitoring system that works with a mobile application for Android cell type or IPhone OR a waterproof wrist remote (AirLeash). AirLeash has been developed for shots involving water or an high risk of failure while using a cell. In addition, the AirLeash sensor system allows it to achieve the accuracy needed for the camera to point continuously to the user without requiring the development of algorithms. It increases the communication area to 300 meters (984 feet), well beyond the allowable limit of 30-50 meters (98-164 feet) for cell application. There is more: with the AirLeash, there is less risk that the drone loses the signal from the user and, that the user loses the drone in flight …with the camera and the scene immortalized. 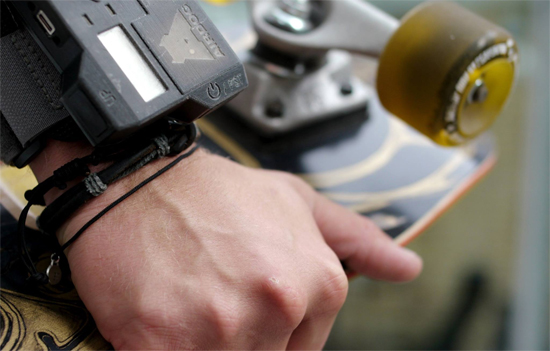 The drone has a swivel mount gimbal with a gyro stabilization system to ensure good shots. This support also ensures that the camera will point towards the user during shooting.

As its name suggests, this drone is equipped with 6 blades. It takes off and lands also independently. 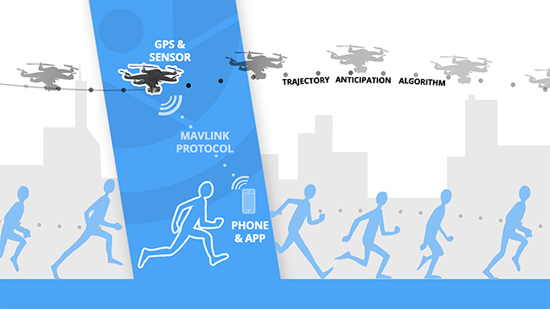 It is equipped with a monitoring system that works with a mobile application for cell type (Android or IPhone) and an algorithm to optimize the position of the drone and the camera. 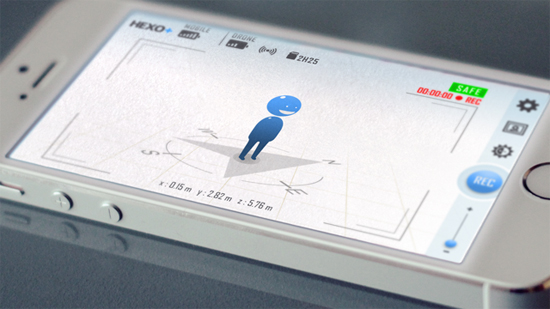 Using the mobile application, a 3D model is displayed on your smart cell. You choose the distance between you and your drone, flying height and shooting angle. Press “Start”, the drone starts and moves into position above the subject to shoot. When the subject is moving, the UAV follows the subject and the video starts.

The drone adjusts continually its path in compliance with previously selected parameters (height, angle, distance from the subject). It is also equipped with a gimbal to support and guide the camera. 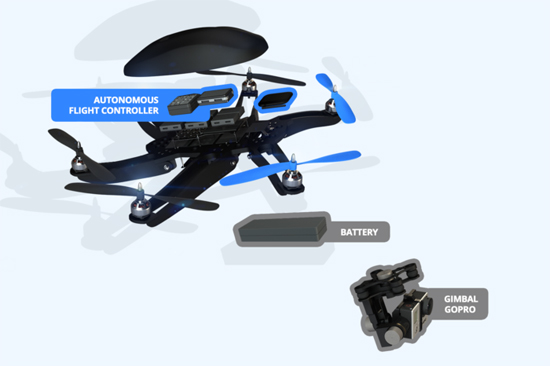 So which to choose? Duration and flight speed are alike. However, the monitoring system of these drones is different: Airdog promotes a waterproof wrist remote which give, according to them, more accuracy to point the subject and  distance between the subject and the drone (300 meters instead of 50). Hexo + has developed an algorithm for accuracy but the distance is limited to 50 meters. Is it enough? The Hexo + system retails for about half the price of Air Drone. Is it better to wait to see independent testing of these systems or to purchase it now and enjoy the introductory price? You decide!