How to Optimize Aircraft Flight Path to Reduce their CO2 Emissions! 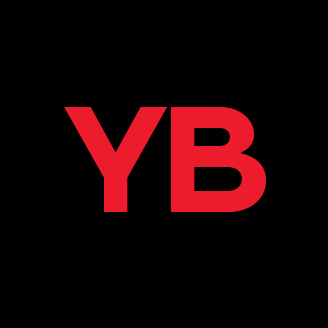 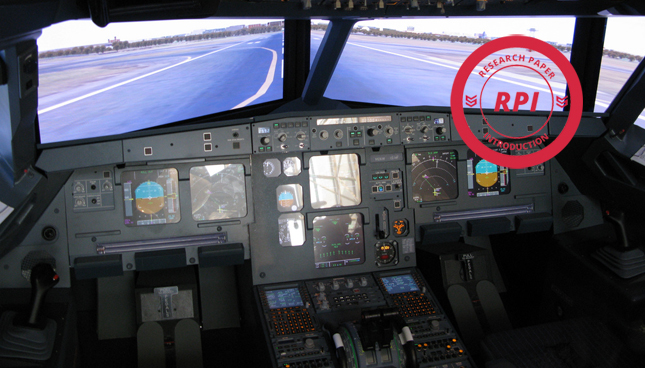 The aviation industry is committed to significantly reduce its CO2 emissions. LARCASE laboratory researchers at ÉTS designed an algorithm to optimize the flight path of planes and thus contribute to the reduction of CO2 emissions from aircraft in service.

The United Nations held a climate summit in New York on September 23, 2014, under the auspices of the ICAO, various governments, and the aviation industry represented by ATAG. They united to take concrete, voluntary actions toward their common goal of improving air transport energy efficiency and consolidating CO2 emission targets by 2020. Governments, under the auspices of ICAO, and aviation industry, represented through ATAG :

To attain these goals, ICAO and ATAG will explore multiple factors to reach these targets, as discussed below

Many research programs done at the laboratory in Active Control, Avionics and aeroservoelasticity (LARCASE) of ÉTS, are aligned on these goals. This research project was funded under the Green Aviation Research & Development Network (GARDN) in Canada. Research are conducted in collaboration with CMC Electronics-Esterline company.

This study focuses on OACI’s and ATAG’s target 2. For this target, there are vast areas of research that seek a decrease in consumption, but many of these studies aim to improve cruise speed: 80% of CO2 emissions in aviation are generated by long flights (over 1500 kilometres – 810 nautical miles), because in these flights the cruise phase consumes the most fuel. To reduce fuel consumption, an optimisation algorithm for a 3D flight trajectory has been created to improve the current flight management system for numerous airplanes. Other optimisation algorithms for trajectories have also been developed at LARCASE [2]-[19].

With the aim of optimising horizontal trajectories for long-haul flights, a grid has been created for analysing the various possible trajectories, from “Top of Climb” (TOC) to “Top of Descent” (TOD). Two parallel trajectories are added to either side of the base trajectory (geodesic, or other trajectory entered manually), intersected by various waypoints.

Figure 2 shows a three-dimensional view of a trajectory. The blue points are points along the path of flight, the figures represent the number of each route (horizontal line), and the red trajectory is the optimal trajectory calculated by the algorithm depending on the wind, the purpose of the optimisation being to avoid head winds and to take advantage of tail winds. The calculation of this trajectory is done with the aid of a genetic algorithm, making it possible to generate a true optimal trajectory that takes a short time to compute. 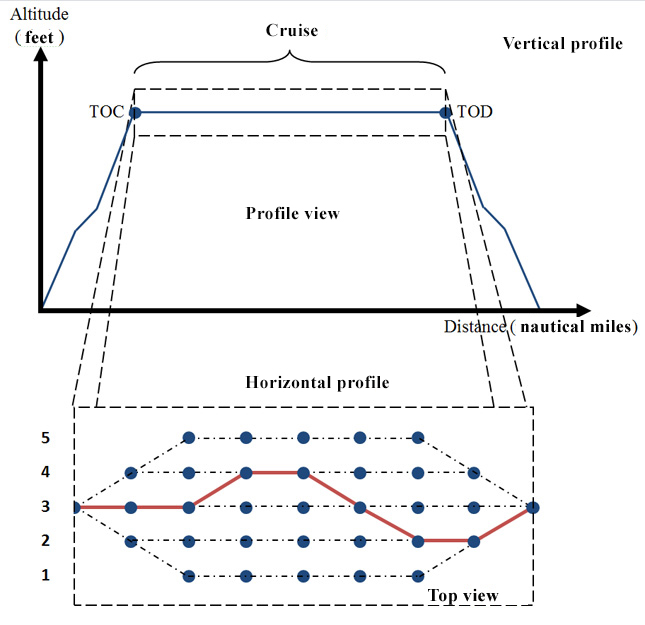 Then the optimal descent is calculated in the same way as the takeoff (figure 4). 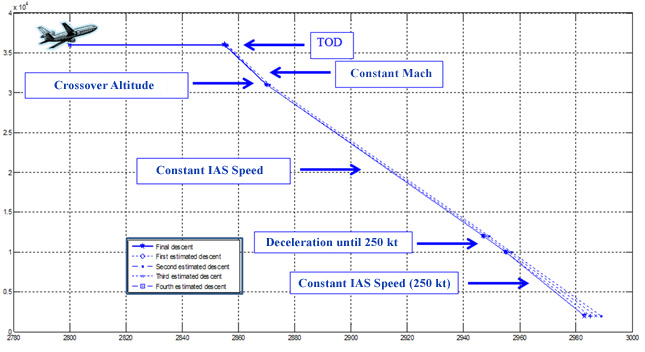 Figures 5 and  6 shows an optimal trajectory compared to the real trajectory of a flight between Lisbon and Toronto, using the factors taken from that flight on FlightAware website.

For this trajectory, the algorithm optimises a total cost of 6.86% compared to that of the real trajectory. This high percentage is due principally to better choice of speeds for the flight, better planning of “step climbs”, and a more effective calculation of the horizontal trajectory.

To get more information on this subject, we invite you to consult the following research article available at Espace ÉTS (from ÉTS library) ÉTS:

This research project was realized at the laboratory in Active Control, Avionics and aeroservoelasticity (LARCASE) of ÉTS, and was financed as part of the Excellence Networks Center Program managed by the Green Aviation Research & Development Network (GARDN), in collaboration with CMC Electronics-Esterline company to encourage the development of green aviation technology in Canada.

If anyone would like to collaborate on this research, or on any other research project at the laboratory of Applied Research LARCASE, please visit the website and do not hesitate to make an appointment with professor Botez to talk with the research staff.

Yolène Berrou has done her research internship at the Laboratory in Active Controls, Avioncs and Aeroservoelasticity (LARCASE). Her research project was on flight paths optimization to reduce the consumption of aircraft fuel.

Roberto S. Félix Patrón completed his Ph.D. at ÉTS. He is specialized in the development of flight path optimization algorithms to reduce fuel consumption of commercial aircraft.