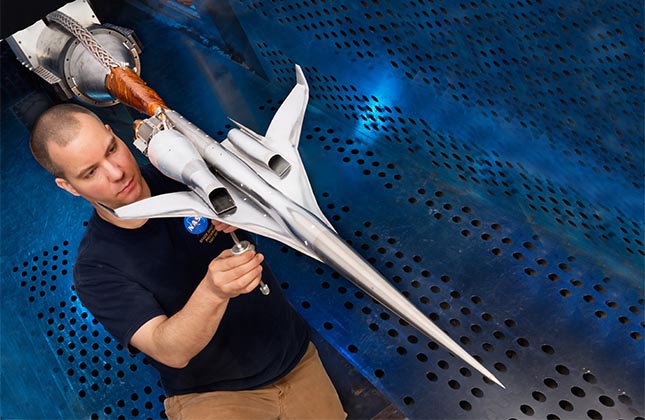 Student researchers at ÉTS designed an aerodynamic balance to automatically rotate parts of their reduced scale models at precise angles inside a wind tunnel in order to calculate lift, drag and moment coefficients. This aerodynamic balance was installed in the subsonic Price-Païdoussis wind tunnel of the Montreal Aeronautical Research Laboratory in Active Control, Avionics and Aeroservoelasticity (LARCASE), at the École de technologie supérieure (ÉTS). The balance significantly reduces the duration of wind-tunnel testing of model reduced scale rotating parts.

In a wind tunnel, it is necessary to frequently rotate parts at precise angles to calculate lift, drag and moment coefficients. Until recently, the subsonic Price – Païdoussis wind tunnel of the Montreal Aeronautical Research Laboratory in Active Control, Avionics and Aeroservoelasticity (LARCASE), at the École de technologie supérieure (ÉTS), had only a manual system for rotating parts.

Student-researchers from the LARCASE laboratory designed an aerodynamic balance to automatically turn parts and, in this way, greatly reduce the time needed to carry out the required wind tunnel tests. 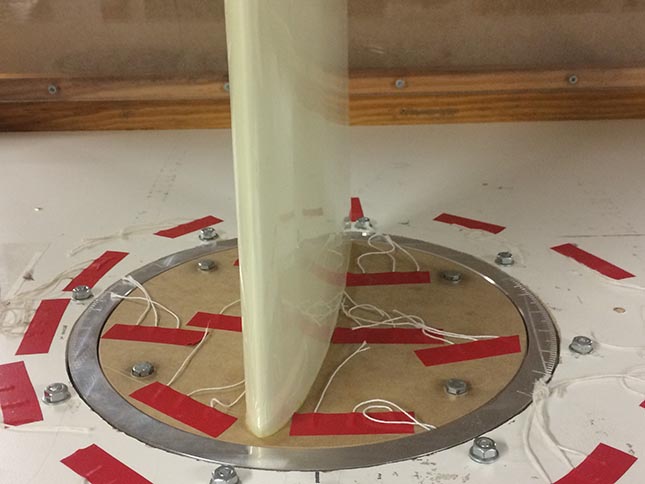 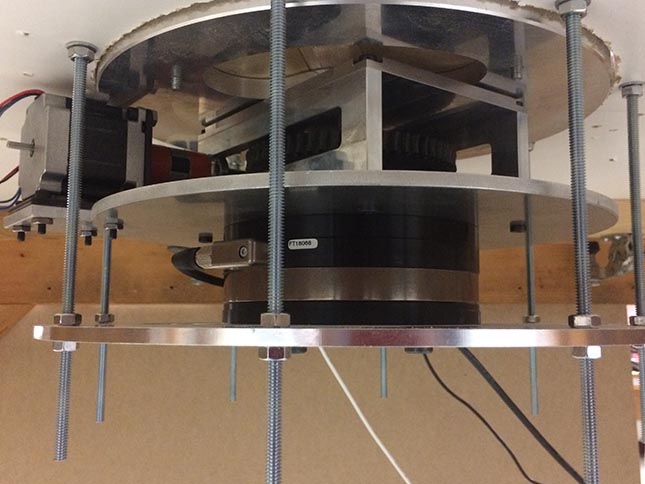 A control board activates the motor in order to reach a specific position of the rotating part at the selected rotational speed.

Choice of the electrical motor and control board

The motor had to be affordable and controllable enough to achieve a specific rotation ratio. The control system had to rotate the carrier plate automatically at a specified angle in order to perform wind tunnel tests on an aircraft wing or any other part. 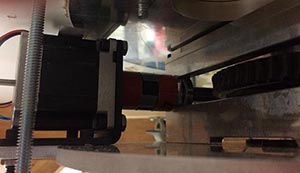 The characteristics of three types of motors were evaluated: a stepper motor, a direct-current motor and a servomotor. They selected the Phidgets NEMA 23 stepper motor (57STH56 NEMA 23 Bipolar Precision Gearless), that had the desired characteristics, and was affordable (US $28) (Figure 3). 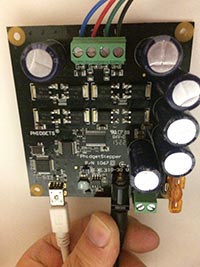 For this type of motor, the proposed control board is US $95 (PhidgetStepper Bipolar HC) (Figure 4). To control the motor, several computer coding systems can be used:  the C, the Python and Java programming languages, or the LabVIEW software. The LabVIEW software is already used to read the forces on the aerodynamic balance: the motor is controlled with this software, which allows the use of one single interface during the tests

To better visualize the rotation system for the change of angle to be done, modeling of this system was done with the CATIA V5 software. A first assembly was made using a planetary gear.  Unfortunately, the gear was too expensive. A second efficient modeling was done using a “wheel and worm screw” type of gear.

The motor rotates the horizontal axis, causing the attached “worm screw” to rotate. The teeth of the worm screw insert in the grooves between the teeth of the wheel, activating its rotation (FIG. 5).

The central axis is connected to the toothed wheel, and also to the carrier plate (Figure 6). In this way, the plate can rotate correctly. To complete the system, the parts can be easily assembled.

To facilitate the use of the aerodynamic balance, a user interface designed with the LabVIEW software is supplied with the motor. It is a control panel with cursors used to vary the position, speed and acceleration of the motor (Figure 7). 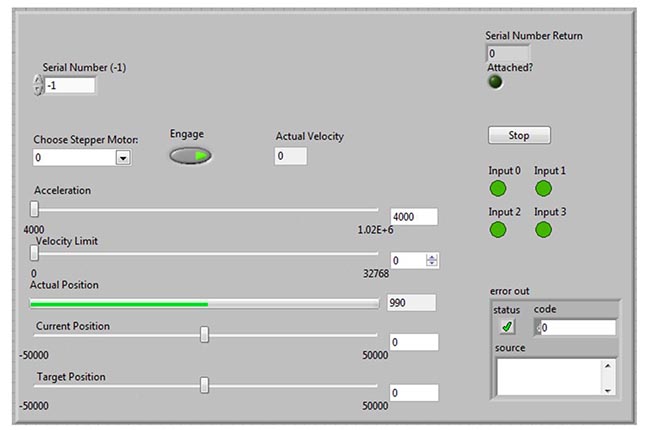 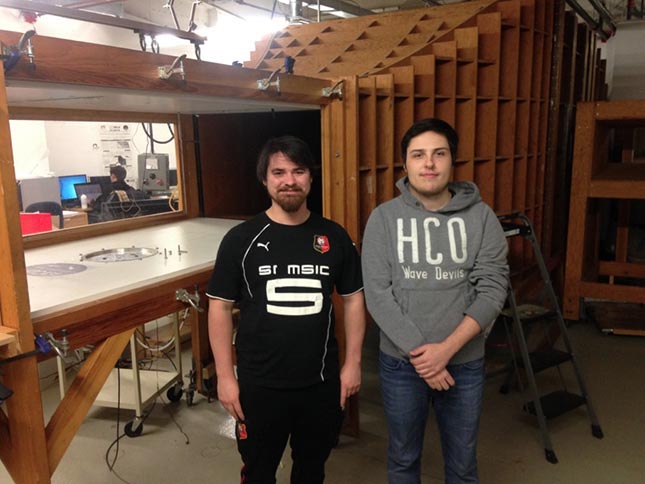 Antoine Machetto is a Bachelor’s student from the EPF, a French school specializing in engineering. He completed his student internship at LARCASE. Antoine has studied in EPF’s Mechanical department and aims at specializing in this field.