Additive Manufacturing: An Introductory Overview (1 of 4) - By : Sylvie Doré,

Additive Manufacturing: An Introductory Overview (1 of 4) 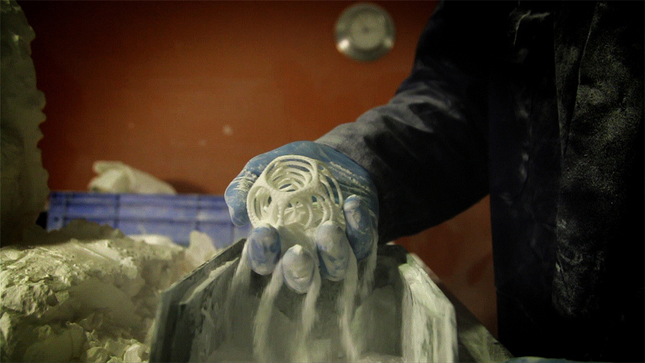 The header image is from Shapeways, CC license. Source.

Editor’s note: tomorrow, the international women’s day will take place. During the entire week, the Substance team has decided to pay tribute to women in research by promoting a selection of articles written by women. We hope you will enjoy our selection.

Today’s piece is an article written in march 2014 by Sylvie Doré.

Increasingly, we’re hearing that additive manufacturing is the foundation for the next industrial revolution, freeing designers from the limits on form imposed by current manufacturing technologies.

But where did the idea of additive manufacturing come from? According to the Rapid Prototyping Patent Museum, the first patent for manufacturing an object layer by layer was granted in 1892. Patent no. US000473901 was granted to a certain J.E. Blanther for producing topographic relief maps from a mold manufactured from wax plates cut out following the contours of topographic maps and stacked on top of each other.

Patent applications related to additive manufacturing started becoming more common around 1976. However, only in 1988 did 3D Systems start selling the first machines that manufactured objects by adding layers on layers of material. Charles Hull, who invented this technology, founded 3D Systems with an entrepreneur named Raymond S. Freed. In 1988, they marketed the first 3D printer, the Stereolithography Apparatus model SLA-250.

Since 1988, over 40 businesses, several of which have already closed down or been bought out, have offered machines that produce shapes and are based on various principles. They all tried to stand out by giving their processes different names, all of which had an acronym: FDM, SLA, SLS, DMLS, 3DP, DoD, and so on. Different materials (thermoformable plastic, thermosetting plastic, wax, metal, sand, ceramic, plaster, starch, chocolate and even living cells, etc.) in different forms (filament, powder, liquid) were shaped. The field itself has several names: rapid prototyping, 3D printing, additive manufacturing, etc. The objects created can be used as design prototypes, functional prototypes or final parts, or to manufacture tooling. With so many acronyms, names and uses, it’s hard to keep track.

This four-part article will give you an overview of the technologies based on ASTM F2792-12a Standard Terminology for Additive Manufacturing Technologies.

Let’s start by what to call it. As the title of the standard indicates, the expression “additive manufacturing” is proposed. Terry Wohlers has been using it for the title of his annual status report since 2010, and it is used by the largest community of practice in the field, the Additive Manufacturing Users Group – UMAG. The standard suggests several synonyms: additive processes, additive technologies, layered manufacturing, etc. It also recognizes that the expression 3D printing is often considered to be a synonym, especially for less-expensive, less-capable machines. It is also used to designate processes where a material is deposited by a print head, nozzle or other print technology. 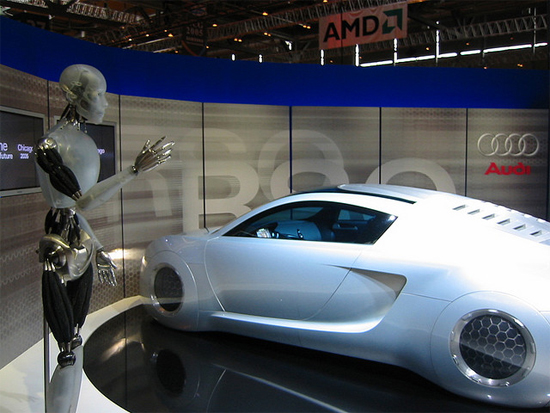 The experimental Audi RSQ was built using rapid prototyping by industrial robots. KUKA for the film I, Robot in 2004. For more information, see references 1 and 2.

The standard divides the different technologies into seven categories. (The French versions of the names of the categories are the author’s suggestion.) For each category, you’ll find a short explanation of the principle, the class of materials used, the names of the main companies selling the machines and what they call the process. 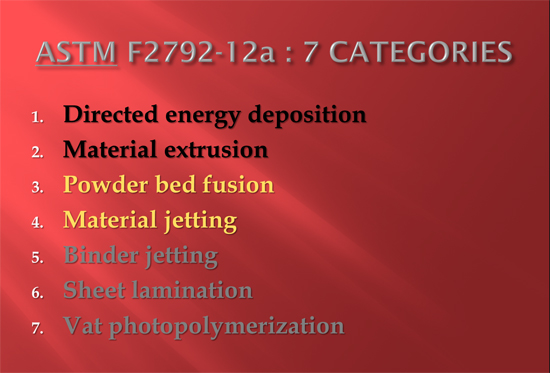 The second part of this article will present the first two categories on this list, the third part will introduce categories 3 and 4 and the fourth part, categories 5, 6 and 7.

Sylvie Doré is a professor in the Mechanical Engineering Department at ÉTS. Her research interests include additive manufacturing design methodologies, orthopaedic biomechanics and Engineering Education.