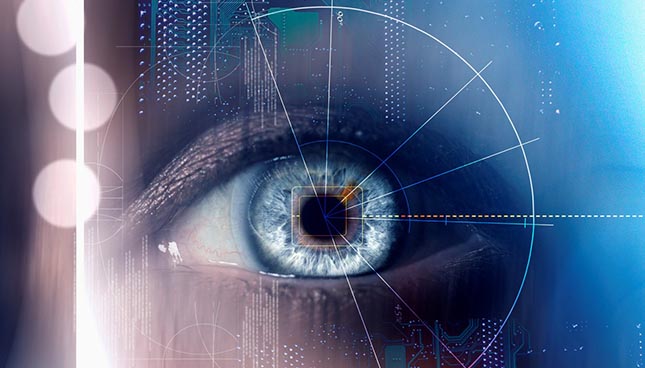 Some ocular deficiencies lead to neuro-visual problems in children and these have implications on their developing cognitive processes. Neuro-visual disorders have repercussions on reading, writing and other academic achievements, as well as on the perception of surrounding space. Vision problems alter attentional abilities and cause cognitive dysfunction. A new experimental study (published Nov. 28, 2016) conducted by groups of researchers from the University of Rochester (New York) and Vanderbilt University (Tennessee), successfully improved these attentional abilities.

Duje Tadin, Associate Professor in the Rochester Department of Brain and Cognitive Science, points out that their research rather unexpectedly confirmed that vision can be improved with action video games (AVG).

The group began by isolating the sequences where interaction with the image has a positive effect on perception. These are, in fact, sequences in which players pay attention to the overall visual field of the image, in other words, AVG scenes that require very little foveal vision (detailed vision). AVG players focus their attention on a wide area, while remaining alert to the unexpected appearance of moving targets, and ignoring irrelevant stimuli.

Taking these characteristics into account, the researchers created a training game with specific tasks—without any interactive narrative component—involving accelerated hand-eye coordination, and devoid of violent scenes or other events unsuitable for children.

Twenty-four partially blind children from Tennessee and Oklahoma schools participated in the experiment. The screening, preliminary and necessary to the study, showed that most of these children, who had a central visual acuity lower than the low vision limit, i.e. equal to or less than 20/200, underused their peripheral vision. According to Jeffrey Nyquist, founder and CEO of NeuroTrainer, and lead author of the study, children who make poor use of their peripheral vision also have attention deficit problems. Nyquist specified that these exercises do not cure the physical problems associated with vision, such as enlarged eye muscles or detached retina, but contribute to the development of visual perception habits that restore function to the cognitive processes by enhancing selective attention.

Students were divided into three groups: a control group that played a “Tetris” type game, a group that played Ratchet & Clank, available in retail stores, and a third group that experimented with the training game designed by the researchers. All the games were played on a large projection screen to further engage visual periphery.

The game developed by the researchers is based on a dual task interactive component. Students had to simultaneously follow several objects in motion, while on the lookout for another object that appears briefly and requires a response. Tadin explained that the aim is to pay attention to a number of objects arranged on a large surface and to be ready to react to unexpected events occurring in the periphery, forcing the players to extend their visual field by diverting their attention to the neglected areas of the visual field. These exercises are designed to improve selective attention, enabling us to make appropriate choices, in line with expectations or needs within a space containing several captivating visual elements. 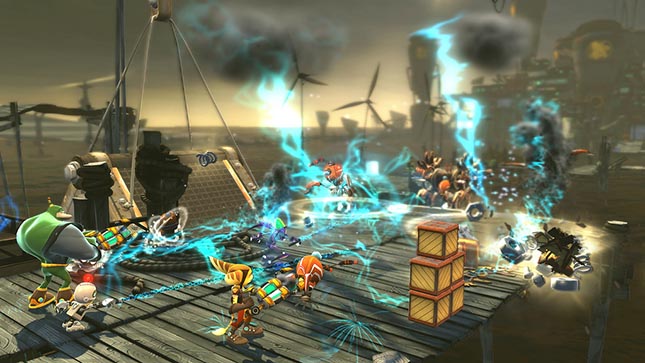 A scene from the Ratchet & Clank game requiring selective attention

Through such games, students can now see moving objects at the very edge of their visual field and record this as relevant and necessary visual information. They also learn to manage an overloaded visual field. Indeed, finding a letter in a space filled with other letters becomes easier. They also learn to quickly distinguish objects in a highly cluttered visual field, for example, a stapler on a messy desk. Improved peripheral vision in children was observed after eight hours of play. After one year, the study reports very impressive results:  the neuro-visual acuity of the students improved by 50%.