Mohamed Haddad Author profile
Mohamed Haddad is a PhD candidate in electrical engineering at the University of Tunis, Tunisia. He is a member of the research group BTM at ISTMT. His research interest includes power quality, active filters, and multilevel converters.

Sana Ktata Author profile
Sana Ktata is an Assistant Professor at the Electrical Engineering Department of the High Institute of Medical Technologies of Tunis (ISTMT), University of Tunis El Manar. 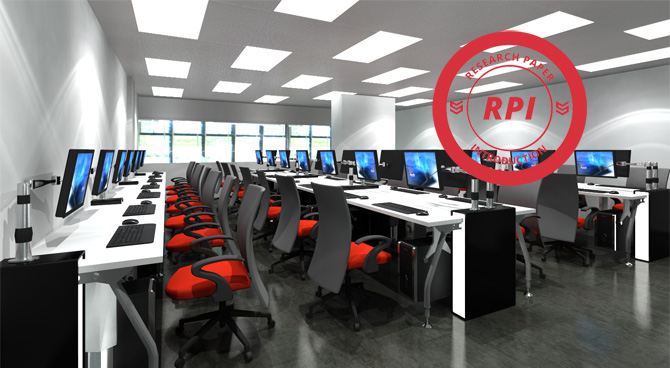 The power networks are increasingly polluted by harmonics due to the growing number of devices introducing non-linear loads (including computers, fluorescent tubes, electric vehicle charging stations). The originality of the proposed power filter is that it is controlled indirectly with RT-Lab.

A load is considered non-linear if its impedance changes with the applied voltage. The resulting current drawn is not sinusoidal even when the non-linear load is connected to a sinusoidal voltage. These non-sinusoidal currents contain harmonic currents creating voltage distortion that can affect both the distribution system equipment (additional energy losses) and the loads connected to it (voltage surge, excessive temperature rise, damage to equipment).

This is why standards such as IEEE Standard 519, IEC 555-2 Standard and IEC 6000 series Standards, which impose a maximum limit on the Total Harmonic Distortion (THD), were developed. Use of nonlinear loads has increased significantly during past decades. Computers, refrigerators and fluorescent tubes are example of non-linear loads. 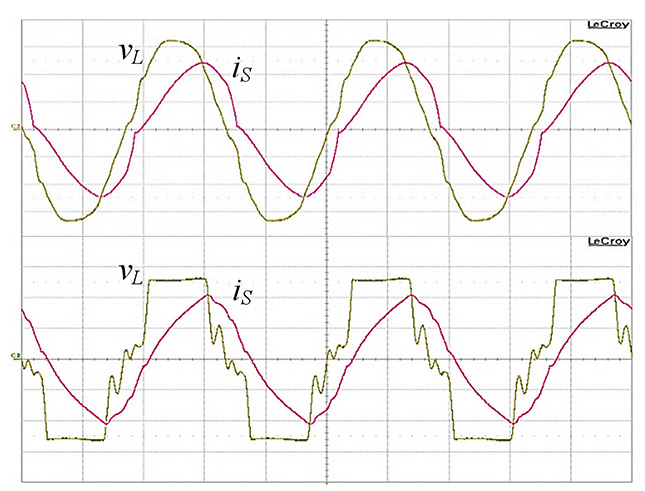 Power filters are used to compensate for the harmonics and balance the current. The conventional solution is the use of passive power filters, consisting of capacitors, resistors and inductance coils. This type of filter has two major limitations. On the one hand, each filter is only effective for one harmonic type of a definite frequency. On the other hand, resonance may occur with the impedance grid which would create other harmonics.

Active power filters (APF) use inverters to compensate for all harmonics and balance voltage. It introduces into the grid a signal composed of the undesirable harmonics, but with opposite polarity, so that the sum of the initial and introduced currents cancelled out. APF performs this action using the appropriate controller to calculate the reference current that includes harmonic part of the load current [4, 5, 6]. APF can be installed in series or parallel with the load. When placed in parallel, it is called shunt. It is widely used in power network to eliminate the harmonics, compensate the reactive power and balance unbalanced loads in order to reduce the power losses of the power sources [7,8].

In this article, an indirect current control method (RT-Lab system) has been used to extract the load harmonic current. The Proportional Integral (PI) controller is tuned to fix the DC bus voltage even in a disturbance condition.

The APF contains an inverter with a DC storage device (capacitor) connected in parallel to the load to eliminate the current harmonics and compensate for the reactive power [2,7]. Fig. 2 shows a three-phase APF connected to the power system in parallel with a nonlinear load. The inverter can convert DC to AC by various switching states. In our research, a three-phase two-level voltage source inverter (VSI) has been used to produce the reference current. Recently, various multilevel inverter topologies that can be employed in APF applications have been introduced.

To compensate for the current harmonics of a nonlinear load in power systems, the source currents (is123(t)) should be extracted. The fundamental content of source currents will be used to calculate the reference currents (i*123(t)).The derived reference current should be modulated to generate the associated pulses that order the inverter switches to inject the appropriate currents (iF123(t)) into the system which can compensate for the load harmonics [1,2,3]. The controller used in this case has two parts: first, the current extraction part and second; the PI controller which is used to balance the inverter DC link voltage. Fig. 3 shows the overall view of the control process.

As shown in Fig. 3, the DC bus voltage (Vdc) is sensed and compared with the reference value (Vdcref ). The PI controller plays an important role to fix the DC voltage and balance it during any disturbance in the system parameters such as loads. The output value of the PI is multiplied by a sinusoidal unit wave which is in phase with the source voltage. This step is done to make the source current in phase with the source voltage which leads to unit power factor of the three-phase supply. The source current must track this reference current, therefore the difference of these currents for three phases is sent to the PWM modulation block to produce the appropriate pulses. The conventional PWM method is used to compare the reference wave with the carrier wave and modulate the input signal. The firing pulses command the switches to generate calculated reference current which is injected to the system to suppress the source harmonic current and make it sinusoidal in phase with the voltage waveform.

While the source current should be same as the reference current, the difference between these two currents waveforms is calculated. The deducted waveform is a periodic wave including the harmonics which will be generated and injected by the inverter through the point of common coupling.

Simulations were made with Matlab. The RT-Lab used in this project contains real-time controller and measurement box which are shown in Fig. 4.

The real-time controller produces pulses based on the control strategy and sends them to the inverter switches. The measuring box is used to sense the source voltage and current as well as the DC voltage for the controller to calculate the reference current. The prototype has been built to use in normal condition of the main power network using rated voltage and frequency. Many tests have been carried out on the prototype of the APF for harmonic compensation, power-factor correction and load balancing.

The filtering process has been illustrated in Fig. 5. It shows the source voltage, source current, filter current and the load current for one phase of the system, respectively. The two upper waveforms are the phase 1 source voltage (vs1(t)) and current (is1(t)) in blue and green, respectively. These two waveforms are in phase that proves the proficiency of the controller in power factor correction.

APFs are widely used in power distribution systems to remove the harmonics, compensate for the reactive power and balance unbalanced loads. In this project, a APF prototype has been built, with a controller implemented on the Opal-RT platform. Source, load and filter currents have been illustrated to validate the proper filtering procedure. As well, the DC voltage of the inverter has been kept constant by the controller during the load changes. The dynamic response of the APF has been observed to be fast and it is able to keep the THD of the source current well below the limit specified by the IEEE 519 standard. Experimental results prove the performance of the active power filter to eliminate harmonics, compensate reactive power and balance loads. Many control methods can be surveyed using this flexible prototype to develop the APF controllers in least time.

Mohamed Haddad is a PhD candidate in electrical engineering at the University of Tunis, Tunisia. He is a member of the research group BTM at ISTMT. His research interest includes power quality, active filters, and multilevel converters.

Sana Ktata is an Assistant Professor at the Electrical Engineering Department of the High Institute of Medical Technologies of Tunis (ISTMT), University of Tunis El Manar.

Joseph Salem is Vice-President IT and founding member of RideMetry. He is responsible for technology development and mobile and Web applications. He holds a Bachelor's degree in Software Engineering.