A Promising New Injectable Therapy for Back Pain

Atma Adoungotchodo won the final at the ACFAS competition, Ma thèse en 180 secondes (in French only).

Injectable therapies for the treatment of intervertebral disc degeneration are gaining a lot of interest. However, they often require the use of an injectable scaffold that will mechanically reinforce the degenerated disc. Moreover, the scaffold will provide to the encapsulated cells a three-dimensional support, essential for cell survival and the production of the components needed to restore the biomechanical properties of the tissue. Our team recently developed an injectable chitosan hydrogel with properties suitable for this application. The present study evaluated the benefits of adding gelatin and Link N—two molecules known to improve disc cell activity to accelerate the disc regeneration process.

Back pain is a major public health problem, affecting up to 80% of the world’s population at least once in their lifetime. Intervertebral discCartilaginous structure between the vertebrae degeneration (IVDD) is one of the major causes of this dysfunction [1]. When pain medication is no longer effective, the only treatment options available are the highly invasive and short-term effective surgical techniques. Current research is underway to develop injectable therapies that can stimulate disc repair. These therapies typically require cells and bioactive agents embedded in an injectable scaffold to stimulate cell matrix production required for tissue repair.

Figure 1: Constituents of an injectable therapy for intervertebral disc repair.

The injectable scaffold will mechanically strengthen the degenerated IVD, providing a three-dimensional environment for cell survival and activity. In this regard, it must meet precise specifications such as a native-like mechanical behavior and adequate tissue biocompatibility.

We have previously developed an injectable thermosensitive hydrogel that fills these requirements. [2]. The scaffold consists of chitosan and gelling agents, β-glycerophosphate (BGP) and sodium hydrogen carbonate (SHC). The hydrogel is a liquid at room temperature, favouring cell encapsulation and gels rapidly at body temperature (37 °C), presenting nucleus pulposus (NP)-like mechanical properties. Additionally, the encapsulated cells in the hydrogel were able to survive and produce the disc components necessary for its regeneration, notably proteoglycans (measured as glycosaminoglycans (GAGs)), which play a major role in maintaining the mechanical properties of the disc.

However, the content of GAGs produced by the cells in 14 days of culture was suboptimal, compared to that observed in healthy native tissue. The objective of the present study was therefore to develop strategies to improve the activity of encapsulated cells. To this end, two different avenues were investigated.

Methods to Evaluate the Effect of Gelatin and Link N

First, the impacts of gelatin and Link N were evaluated separately. Chitosan hydrogels were prepared by mixing a chitosan or chitosan/gelatin solutionChitosan powder mixed with acetic acid with a solution of gelling agents (SHC and BGP) and a suspension of bovine NP cells. The impact of gelatin on cell activity and the mechanical properties of the gel were evaluated.

Then, the effect of Link N was determined by characterizing the production of proteoglycan by encapsulated cells in the chitosan hydrogel (without gelatin) cultured in normal or degenerative medium. The normal medium is a commercially available medium that simulates the biochemical compositionPhysiological pH, hyper osmolarity of a healthy disc whereas the degenerative medium replicates the aggressive environmentLower pH and osmolarity, presence of minerals and inflammatory factors of a degenerative disc.

In a second step, the additive effect of gelatin and Link N was studied by encapsulating cells in a chitosan hydrogel, with or without gelatin, in normal or degenerative medium with or without Link N. Transforming growth factor βGrowth factor that has been shown to improve the ability of disc cells to produce GAGs. (TGF-β) was used as a positive control in this part of the study (see Figure 2).

Figure 2: Diagram of the encapsulation test

Mechanical properties were characterized by a confined compression test. Proteoglycan content was determined according to the amount of sulfated GAGs in each sample with the dimethyl-methylene assay. Cell viability and DNA content were measured using the Live/Dead and PicoGreen assays, respectively.

Optimal Composition of the Injectable Hydrogel

The addition of 1% gelatin significantly increased the production of GAGs without increasing too much the viscosity of the gel solution, jeopardizing its injectability. This concentration also provided a substantial improvement in mechanical properties while exhibiting a gelation profile similar to the gel without gelatin (see Figure 3).

Link N supplementation in the degenerative medium enhanced GAG production of NP cells. However its impact remained negligible when Link N was added to normal medium (Figure 4). These findings suggest that Link N may only have an effect when degeneration exceeds synthesis.

Figure 4: Effect of Link N on glycosaminoglycan production in A) normal medium or B) degenerative medium (**** p<0.0001 compared to control)

These results confirm that gelatin and Link N used separately have a positive effect on GAG production and thus on the synthesis activity of the encapsulated cells. What will be the benefit to use gelatin and Link N simultaneously?

Link N and gelatin have the potential to be used in combination for IVD repair by enhancing matrix synthesis. In contrast, while TGF also enhanced proteoglycan synthesis, its use in the clinic maybe limited due to its potential to stimulate carcinogenesis.

This study demonstrated that gelatin and Link N can significantly increase GAG production by NP cells encapsulated in chitosan hydrogels. Although further steps remain to be taken, these results suggest that gelatin and Link N associated with chitosan hydrogel constitute an encouraging option for intervertebral disc regeneration and thus a promising treatment for back pain. 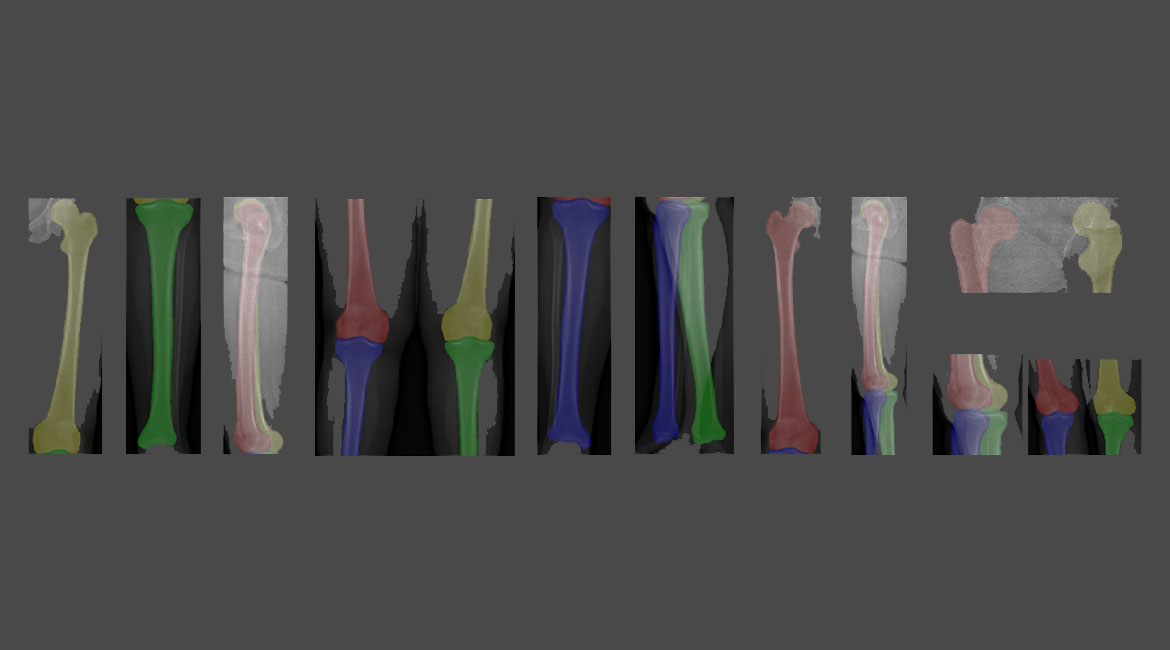