A Graphene Optical Lens – 300 Times Thinner than a sheet of paper! - By : Darine Ameyed,

A Graphene Optical Lens – 300 Times Thinner than a sheet of paper! 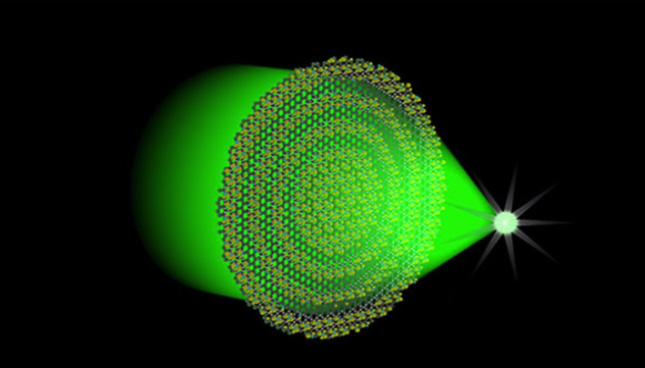 An ultrathin optical lens was needed so that the technologies associated with photonics and nano-optics could continue to evolve within the infinitely small.

This principle had already been demonstrated using metal-based materials such as gold: the lenses were, however, inefficient and costly to produce. Furthermore, the development of a functional prototype was hampered by the lack of a suitable material.

Xiarui Zheng, PhD student at the Centre for Micro-Photonics of the Swinburne University, in Australia, tried for two years to shape an optical lens using graphene oxide. The team, led by Professor Baohua Jia, developed a 3D printer which could produce an optical lens quickly, and at a lesser cost using sprayable graphene oxide. They managed to create a very strong, flexible, flat optical lens 300 times thinner than a sheet of paper, and weighing one micro-gram. 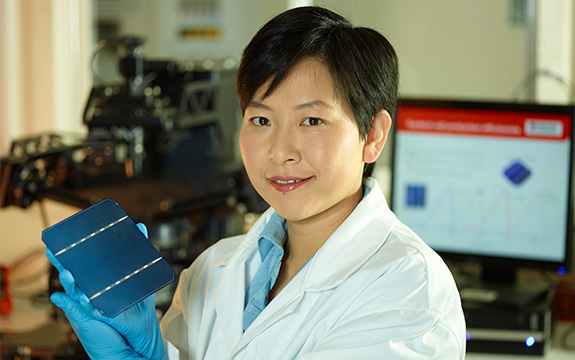 This ultrathin optical lens with the thickness of one nanometer, has a precise and adjustable three-dimensional orientation, which allows a detailed view of elements that measure 200 nanometers. This could be used, for example, to take clearer images of bacteria.

Figure 2: (a) Conceptual design and laser fabrication of the GO ultrathin lens. (b) Amplitude and phase modulations provided by the transmission and refractive index difference, respectively, between the GO and rGO zones. (c) Topographic profile of the GO lens measured with an optical profiler. (d) Left: Schematic of the wavefront manipulation by the GO lens converting the incident plane wave into a spherical wavefront. Right: Intensity distributions of the 3D focal spot predicted by the analytical model for a GO lens (a1=1.8 μm, N=3). (e,f) Theoretical focal intensity distributions in the lateral and axial directions. (g,h) Experimental focal intensity distributions along the lateral and axial directions.

The Benefits of This New Technology

The new lens promises to revolutionize the world of technology and exploration into the infinitely small. It opens the door to improvements in mobile phones, nano-satellites, tele-medicine, computers, etc.

This new technology has the potential to reduce the size and weight of mobile phones, incorporating more efficient and lighter cameras. If this happens, the phone cameras could focus light close to the infrared spectrum to produce infrared images that will enable remote medical diagnostics. Non-invasive surgery will be possible with a new endoscope, more sophisticated and more accurate thanks to this new lens. This application is under development by Professor Jia and her team.

In the long term, this will be the area that will benefit the most from the technology, by increasing the efficiency of photonic chips used in supercomputers, and in super high-speed delivery, thereby significantly reducing energy consumption.

Professor Jia and her team are working in collaboration with researchers in Australia on the use of this lens in nano-satellites. Their findings will help reduce costs and increase efficiency.

Optical lenses that are currently used weigh a few hundred grams, while the new lens developed at the University of Swinburne weighs only one microgram. The integration of these new lenses will generate significant savings and improved image quality of Earth and space.