A 3D Printer Could Replace Manufacturing Processes for Metal Parts - By : Caroline Lecours,

A 3D Printer Could Replace Manufacturing Processes for Metal Parts 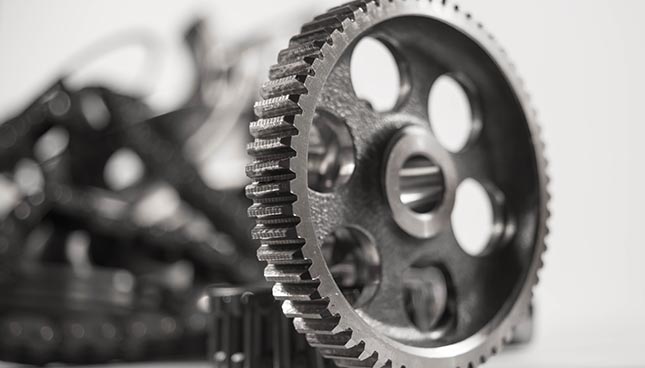 3D printers are used to create complex artistic pieces in plastic or paper and are also known for their usefulness in the manufacture of hearing and dental prostheses. The most common and affordable 3D printers (about $1,000) use the fused deposition modeling (FDM) method as shown in the following video.

Some 3D printers can also produce metal parts. However, metal is more difficult to print than plastic because of its considerably higher melting point. For example, plastic’s melting temperatures can vary from 180 °C to 320 °C while melting temperatures of metals like aluminum are in the 660 °C range, and that of high carbon steels can reach 1,370 °C. Furthermore, the metal parts must undergo several high-temperature treatments in order to achieve the desired mechanical properties.

One method used in the production of metal parts involves lasers. However, this method is difficult as well as expensive. Indeed, it requires an investment of millions of dollars to purchase bulky equipment and to supply power to the printers. This method may also involve the use of metal powder beds that can be dangerous for users and, therefore require protective procedures.

For these reasons, several large organizations, such as General Electric and HP, are attempting to change current 3D metal printing methods. A new company, founded in 2015, Desktop Metal, may hold the solution to 3D metal printing. They plan to start production of their new printing systems by 2018. The company employs several specialists, four of whom are MIT professors. One of the professors, Emanuel Sachs, a pioneer in 3D printing, was one of the first to file patents on 3D printing in 1989. 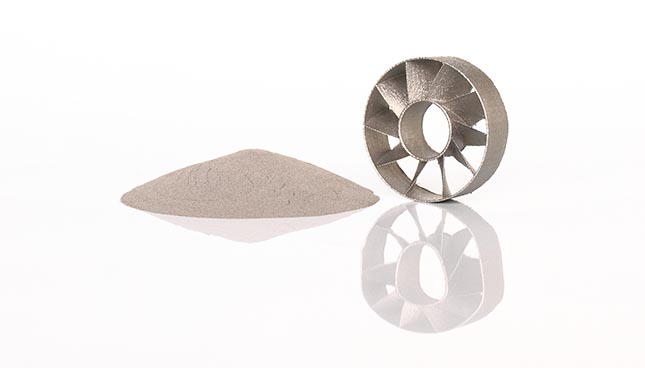 The Desktop Metal printing system includes three different devices. First is the Studio system, which includes a printer and an oven and sells for approximately US $120,000. The system was developed primarily for designers and engineers because it allows the rapid production of parts that can be used for testing prior to mass production. Unlike laser printers, it does not require a large surface and is user-friendly. And unlike laser methods, the printer extrudes parts in a similar manner to those of fused deposition modeling printers. The method is safe for users and eliminates the need for special safety procedures. 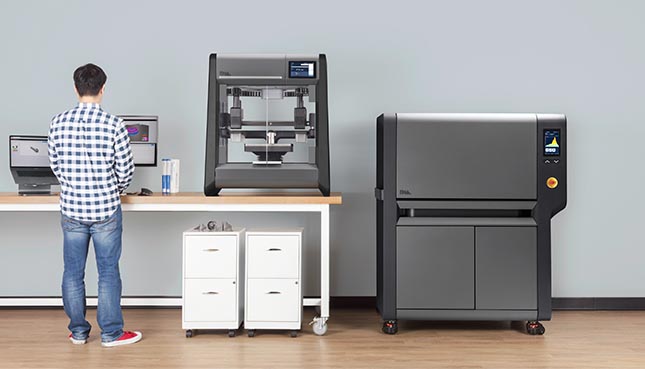 To produce a part, you must first design it and then use the company software. Then, the Studio system prints a mixture of metal powder and polymer binder layer upon layer, each a minimum of 50 microns thick—the diameter of a single hair. The printed part does not yet possess the desired mechanical properties because of the polymer binder. The oven is then used to heat the part up to its melting point. Then, the surface finish of the part can be refined. The Studio printer can produce parts with a volume of 30.5 by 20.5 by 20.5 cm and print 16 cm3per hour. This video illustrates how the Studio system operates:

The Production system, which also includes a printer and an oven, uses the same procedure as the Studio system. The potential printing volume is greater for this printer: 33.0 by 33.0 by 33.0 cm, and it is considerably faster at 8,200 cm3 per hour. The company says their new printer is 100 times faster than laser printers and costs 20 times less than current manufacturing systems.

The Production printer uses the single pass jetting method, which is in fact a large mobile module divided into two metal powder deposition sections with over 32,000 jets and a polymer binder deposition section. Printing is done in a single rapid pass spraying millions of droplets per second. 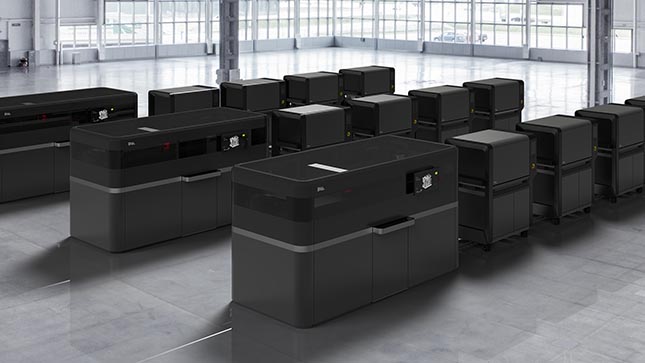 There are more than 200 metal alloys compatible with the new Desktop Metal technology, from steels and aluminum to super alloys and titanium. Desktop Metal could therefore be competition for the current manufacturing processes.