The 2016 Nobel Prize in Chemistry Awarded to the Creators of Molecular Machines - By : Anouer Kebir, 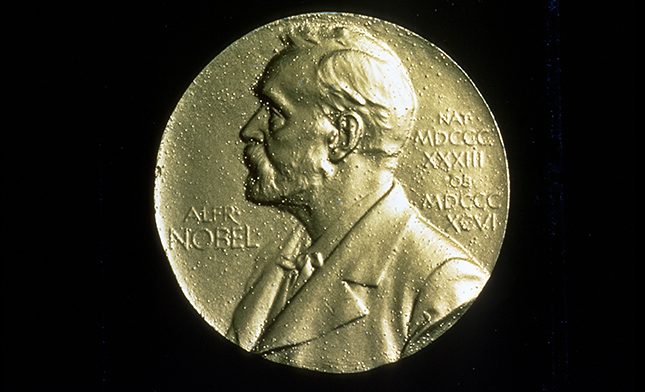 On October 5, 2016, the Nobel Prize in Chemistry was awarded to three scientists who gave rise to molecular machines, the smallest machines in the world. We are talking about motors, elevators and even cars measuring only a few nanometres.

The prize is shared by Jean-Pierre Sauvage, Sir J. Fraser Stoddart and Bernard L. Feringa for the development of molecules with controllable motion that can perform a specific task when powered by an energy source.

In 1983, the Nobel committee had recognized Mr. Sauvage, a professor at the University of Strasbourg, for the first major breakthrough in the field. Molecules are generally linked by covalent bonds, but Mr. Sauvage and his team figured how to connect two molecules in a mechanical chain (Figure 1) using a copper ion. 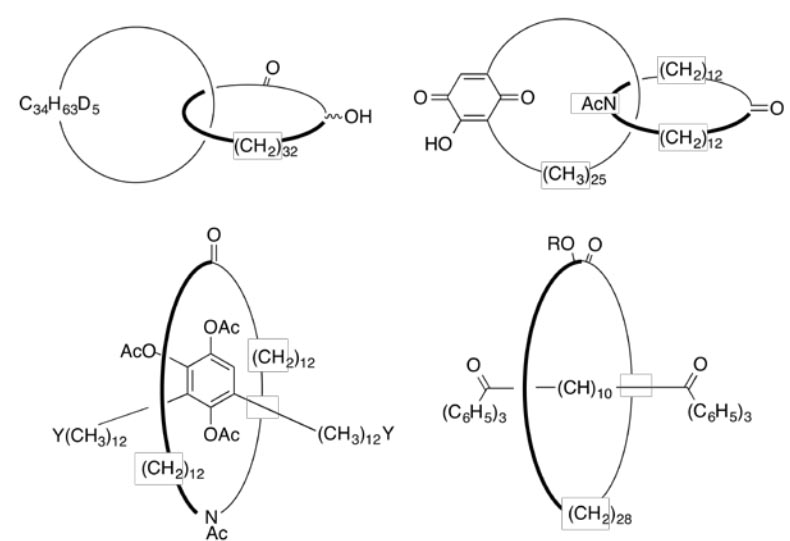 Figure 1: The first structures based on mechanical linkages 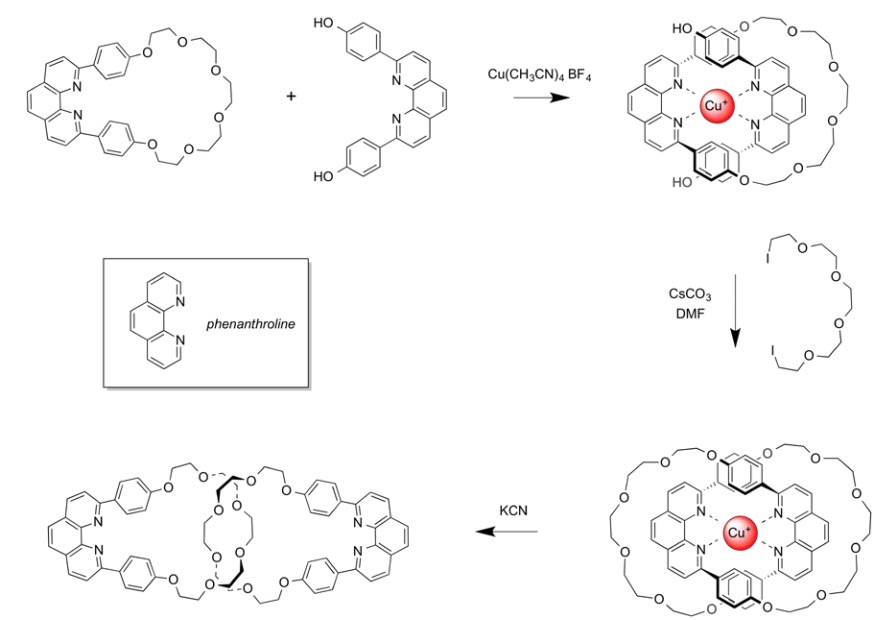 In 1991, Mr. Stoddart and his research team successfully built molecular rings positioned around a central axis, a structure known as rotaxane. They learned to control the sliding of the rings along the axis, thereby creating a simple molecular switch (Figure 3). 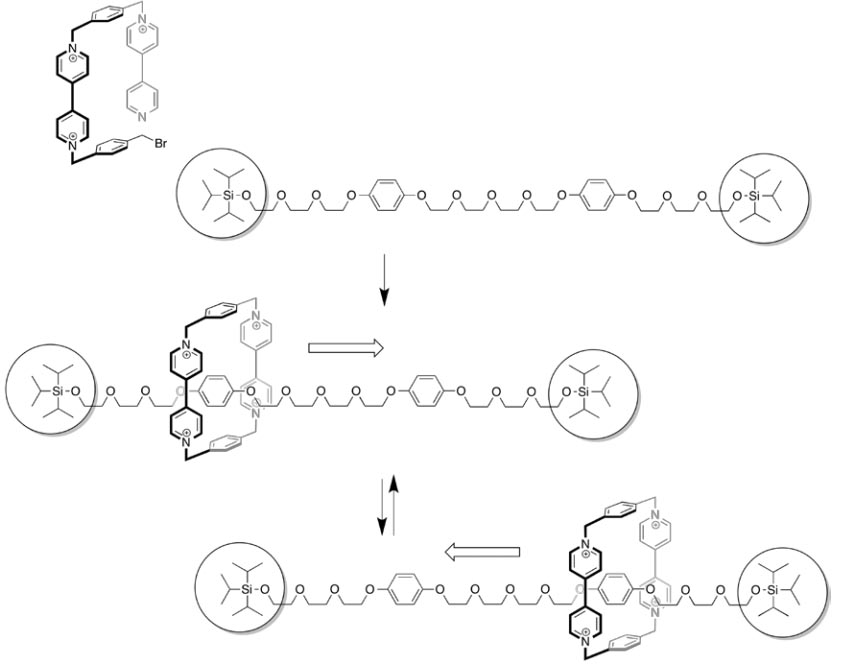 Figure 3: Synthesis and translational motion in a rotaxane

This was a big step that led them to build the first molecular elevator, which can move up to a height of approximately 0.7 nanometres (figure 4). 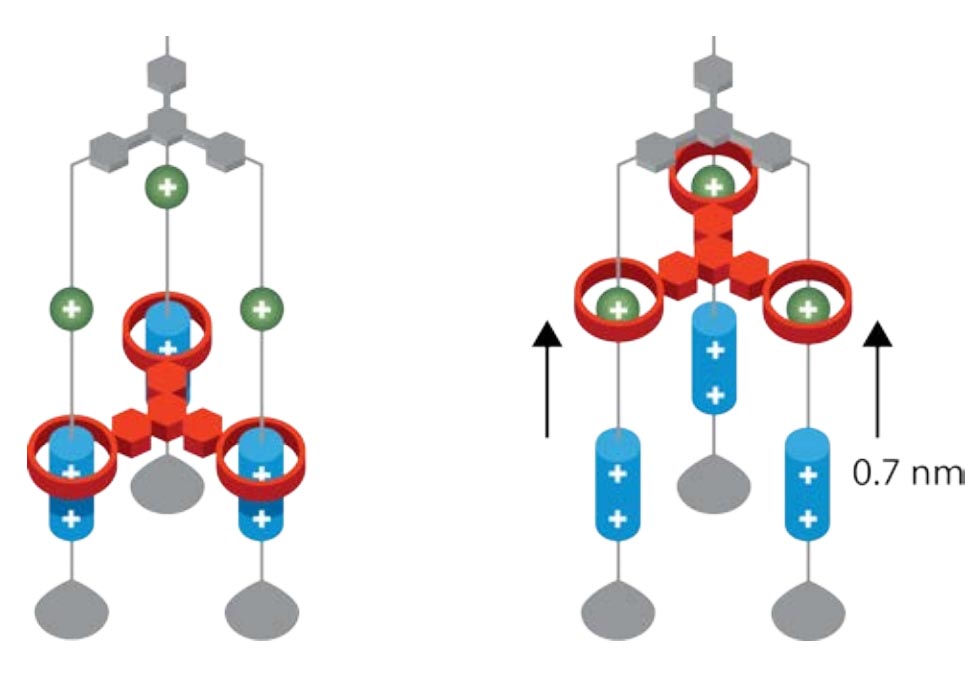 Using a single approach, they introduced a molecular muscle that could be contracted under the control of a signal (Figure 5).

Figure 5: Figure 5: Expansion and contraction in a rotaxane structure 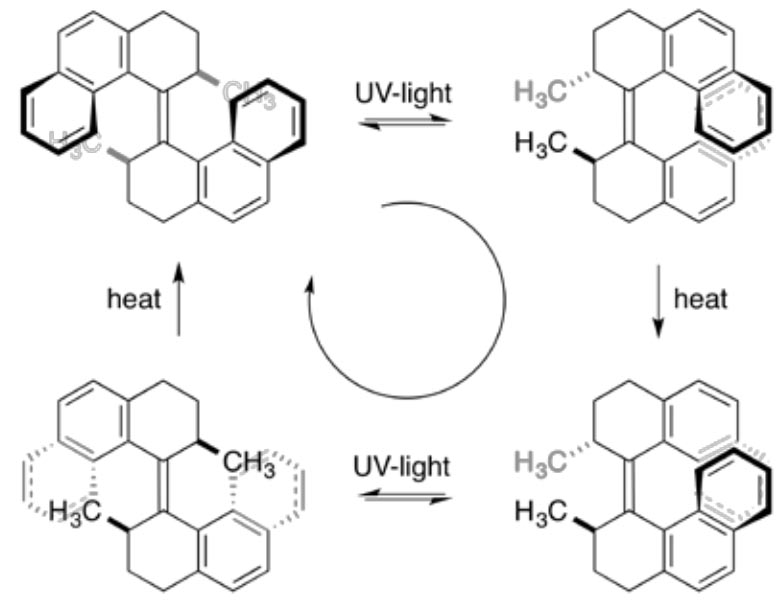 This allowed him, in 2011, to build even more complex machinery like cars at the nanometre scale (Figure 7). 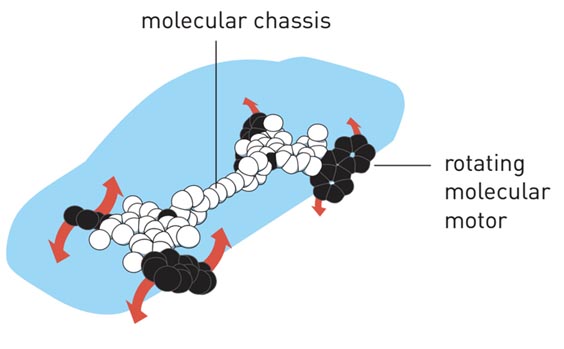 Thanks to the work of these three researchers, this technology has entered a whole new era. An article published in Nature by Mark Pelow, in September 2015, states that some chemists have used the principle behind Mr. Feringa’s motor to develop light activated switches that can administer medication to the body at a specific time and to a specific location, greatly increasing its effectiveness. Other researchers have linked these motors together along a polymer that can heal itself when scratched, which could lead to a scratch-resistant polymer. These motors could be useful in the design of sensors or new-generation computers. For example, nanobots could attack only cancer cells, without creating an imbalance in the immune system.

Together, these researchers gave the scientists the necessary tools to create molecular machines. On October 14, 2016, the first NanoCar race was held in France. The future of nanotechnology, which used to be only imagined by science fiction writers and physicists, is finally within reach.